The next morning we visited Las Tintoreras, Spanish for a white-tipped reef shark. I had already seen these sharks when snorkeling at Santiago’s black sand beach. We walked around being careful to stay on the trail. The area was loaded with marine iguana nesting sites and walking over them could crush the buried eggs. Consequently lots of cute juvenile marine iguanas skittered around. Aa (pronounced “ah-ah”) lava covered this particular part of the island. Not many animals, including humans, can successfully walk across this type of lava because it’s sharp, pointy, and painful. 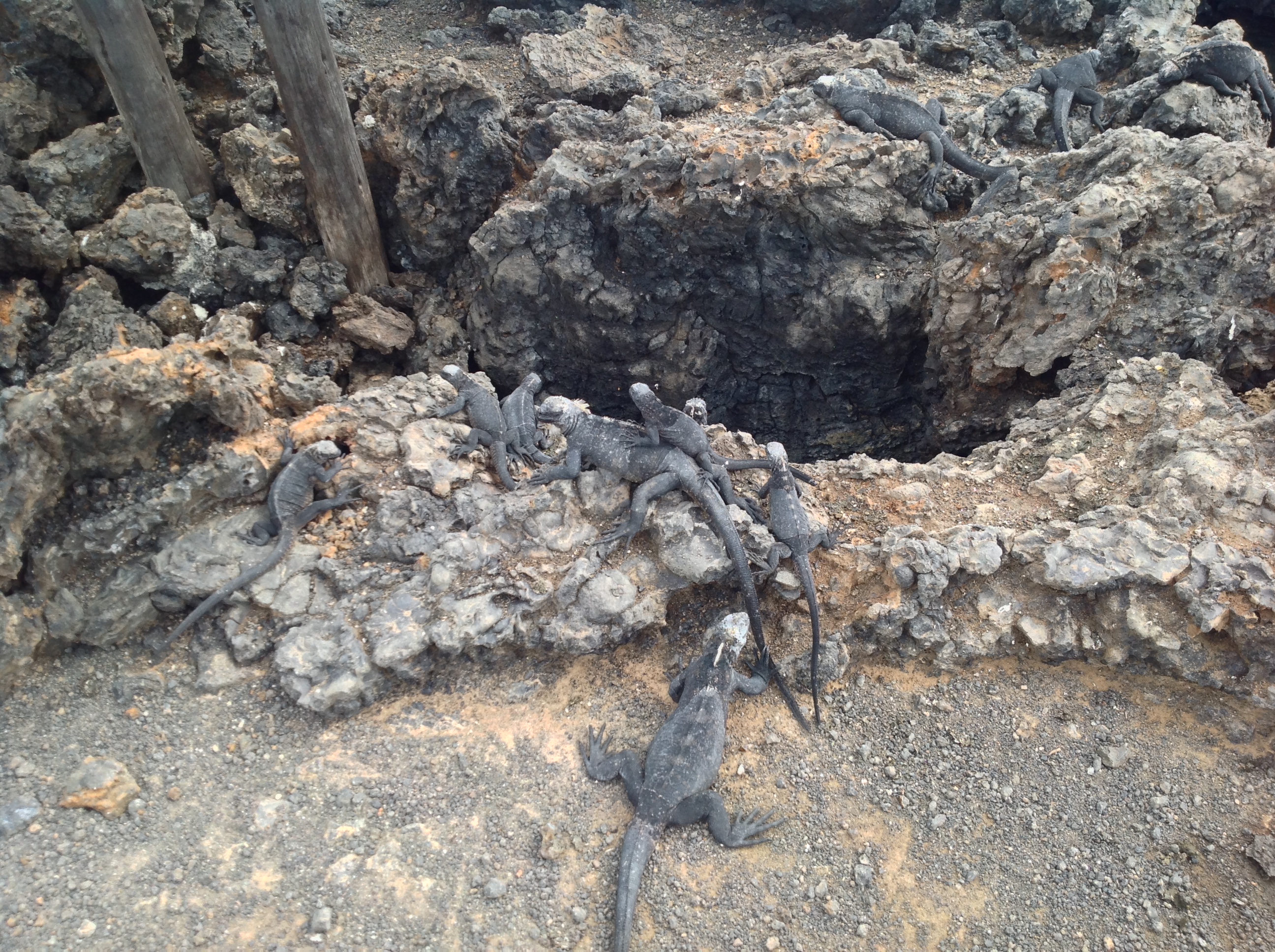 A few skittish juvenile marine iguanas hanging out near the trail.

After the walk we went for one final snorkel. Slate-colored rays nosed around in the sand for food and lots of huge, beautiful multi-colored fish swam by. I had seen many of the species before, but they all seemed a bit larger here. 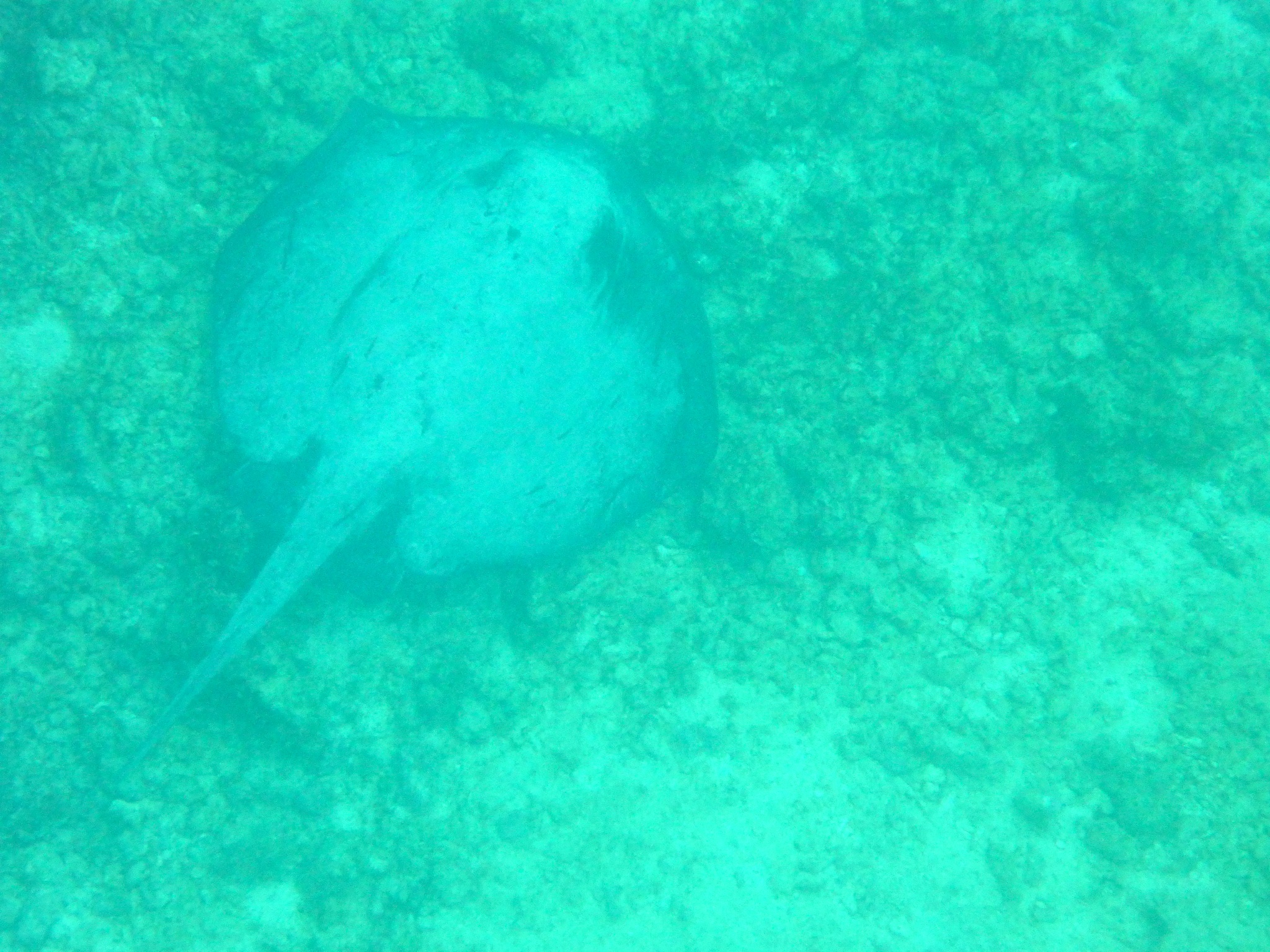 A ray glided by.

At one point four sea lions were right in front of me! It was intimidating at first, but they wanted to play and I couldn’t resist. My guide had told me that sea lions go crazy for bubbles so I started diving and blowing bubbles. The sea lions swirled around, twirling gracefully in the water. They came within inches of us before pivoting away at the last second. 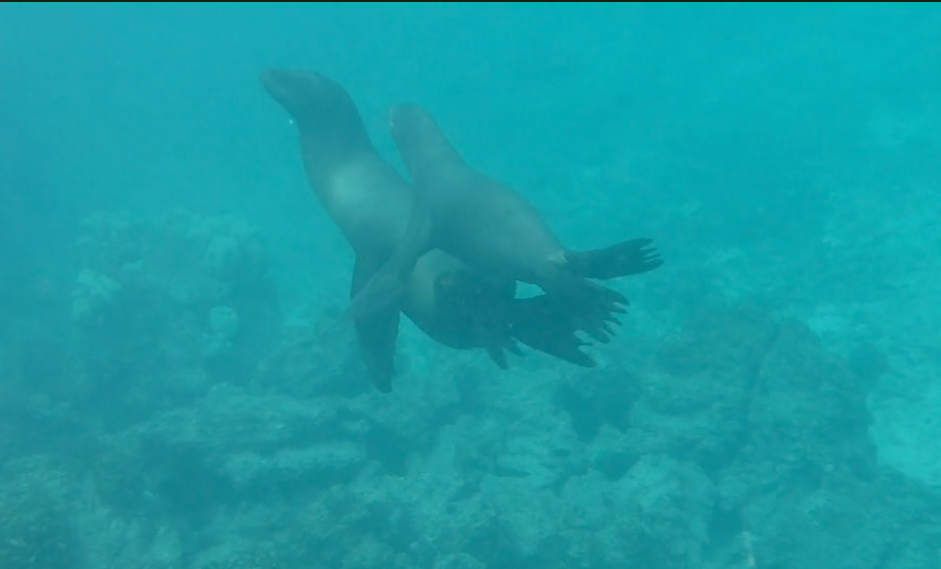 My brother took some terrific videos. Initially I was upset he hadn’t gotten more video of me swimming with them. For a brief period of time, I actually felt as graceful and fluid as a sea lion, just by being around them. The video, however, shows a very different portrayal of me turning in awkward, chunky movements sporting a long-sleeve t-shirt, bike shorts, and bright yellow flippers while the sea lions dart and dance around me. I prefer my memory, rather than the harsh reality the video shows.

In the afternoon we went to a Darwin Research Centres to see the famous Galapagos Tortoises. Many tortoise species are endangered due to invasive species (e.g. rats, goats, etc.) and are now bred in captivity until they are mature enough to be released in the wild.

Naturally we saw (and heard) a pair of tortoises mating. It was pretty neat watching them walk on their sturdy legs that protrude at odd angles to their bodies, but yet are perfectly suited for getting them around.  The legs, combined with the domed carapaces, make them like tanks, equipped for trudging through terrain with scrubby, scratchy bushes. 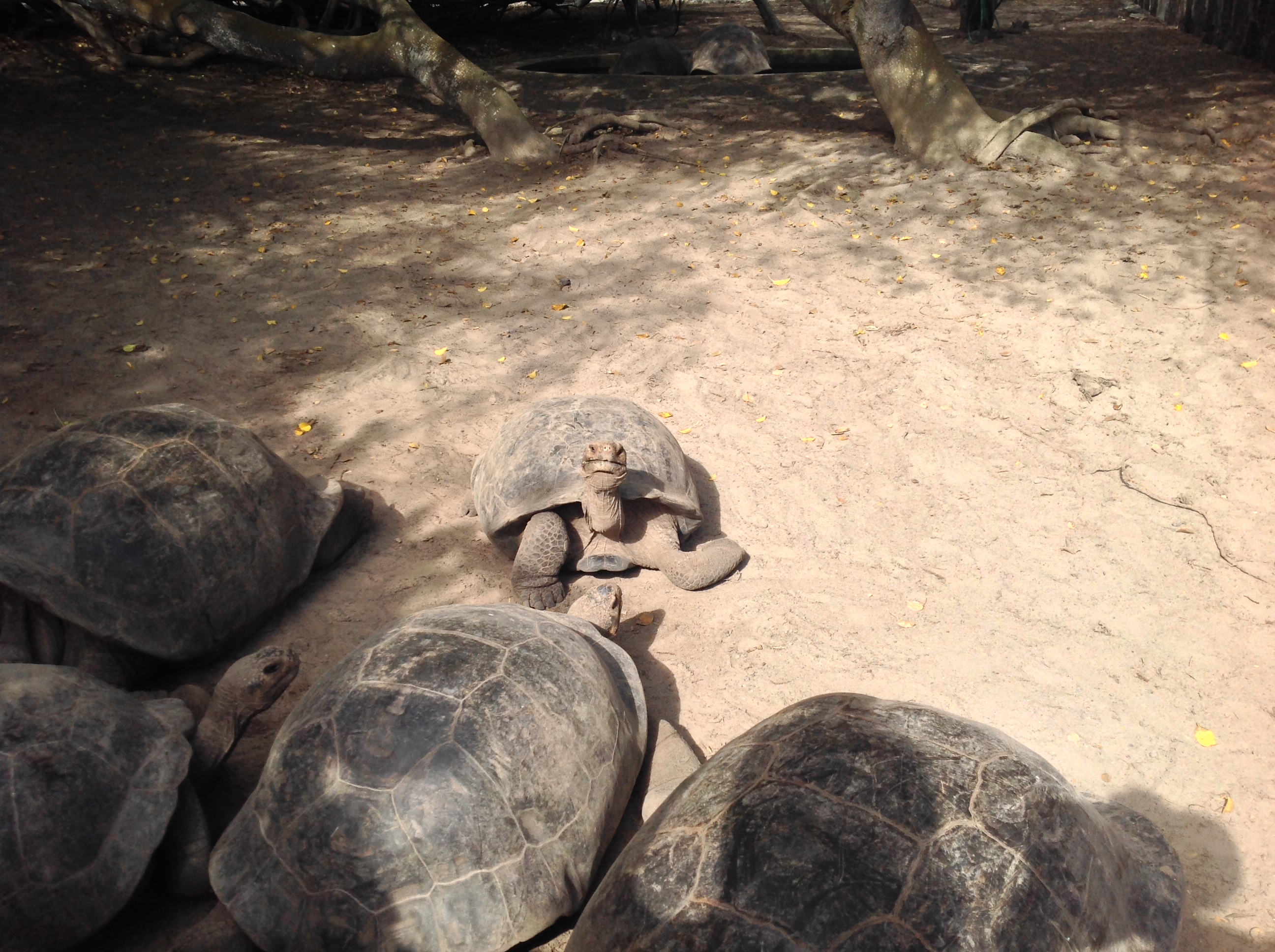 A few juvenile Galapagos Tortoises in the rehabilitation center.