Early the next morning we headed back to the same lagoon we had visited in darkness. It was pretty neat to see the lagoon in the light of day.  Birds were singing and flying around everywhere. The Hoatzin, pictured below, didn’t even seem real or like it should be from this era.  It looked prehistoric and wild to me. 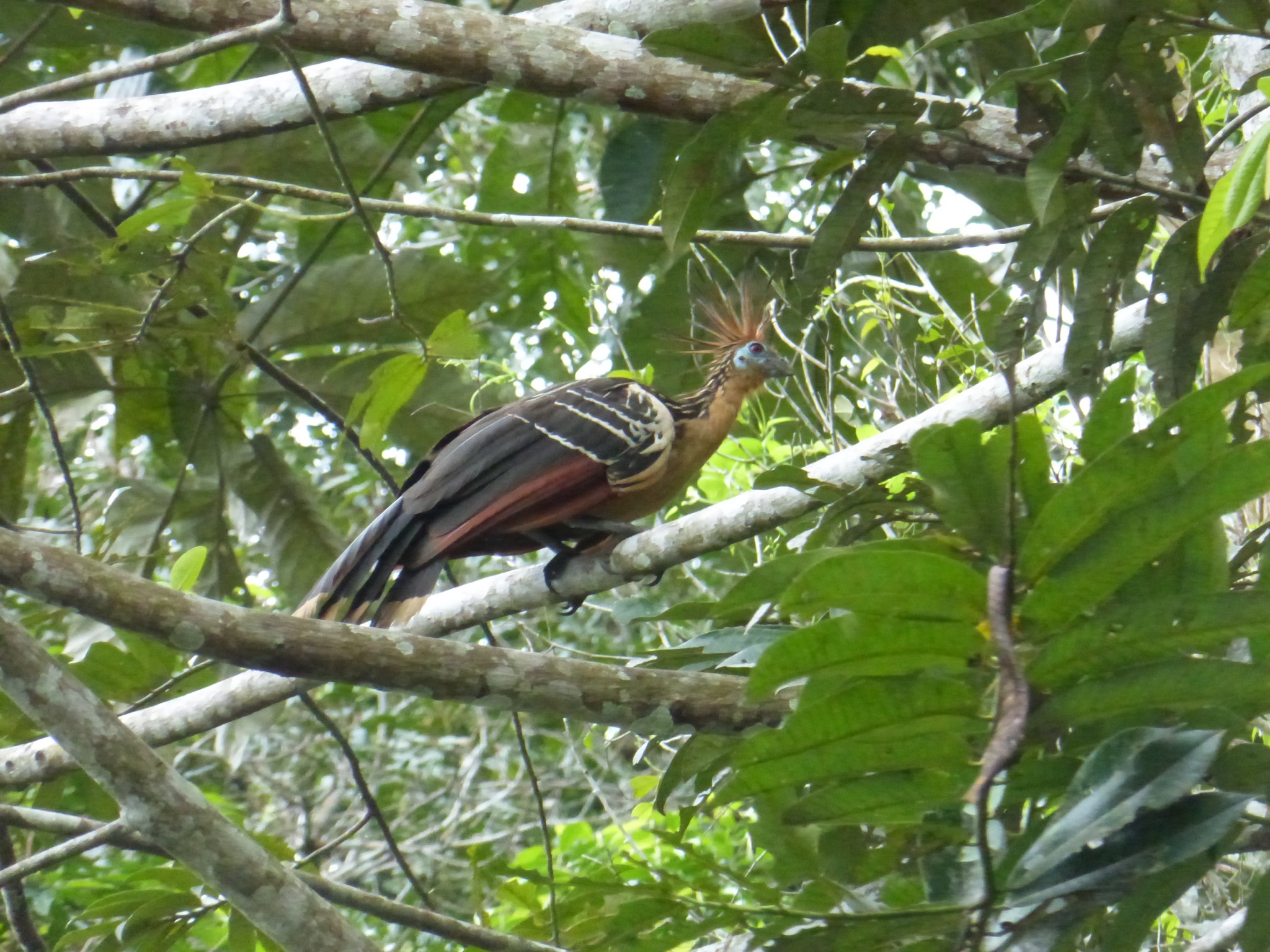 This bird is called a Hoatzin. They were hanging around in the trees surrounding the lagoon.

After the canoe ride, we hiked around the lagoon to a rickety lookout that we scrambled up, restricted to 6 people at a time, to get a different perspective of the terrain. Along the hike we saw a Conga Bullet Ant, which is a huge black ant whose bite leaves you with paralysis and a fever, but won’t kill you. 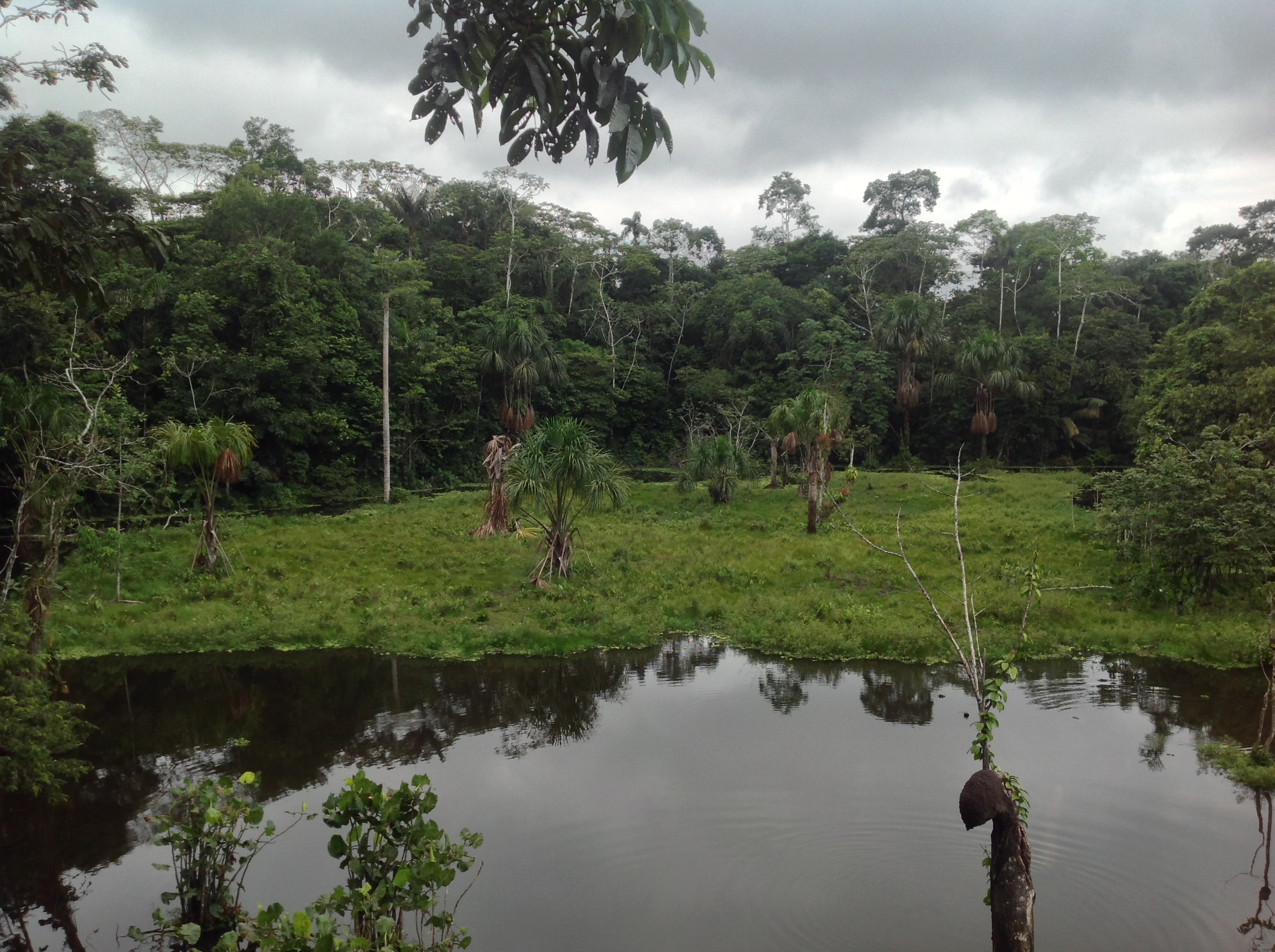 View of the lagoon from the rickety lookout.

When we returned we attended a live basket weaving demonstration by one of the guides. Of course we had to prepare the materials by ripping strips of bark off of a Toquilla plant stalk. Getting a nice even strip was harder than it looked. During the demonstration I spotted the first toucans in the trees. They were multi-banded aracaris. Unfortunately they were too far away for photos, but watching them with binoculars was pretty amazing.

Following lunch we learned how to prepare chocolate from roasted cacao beans. We had to shell the beans before processing them through an old-fashioned hand grinder three times to make a soft, silky cocoa paste. Pretty delicious.

Then we left for an afternoon hike to another lookout to learn more about the plants and to search for more animals.The air felt moist and humid.  Everything around me was buzzing with energy and life, although I was too dense to actually see most of the animal activity, even when it was right in front of me.  One of our guides captured a poison dart frog by trapping it between some leaves or I probably wouldn’t have seen anything. 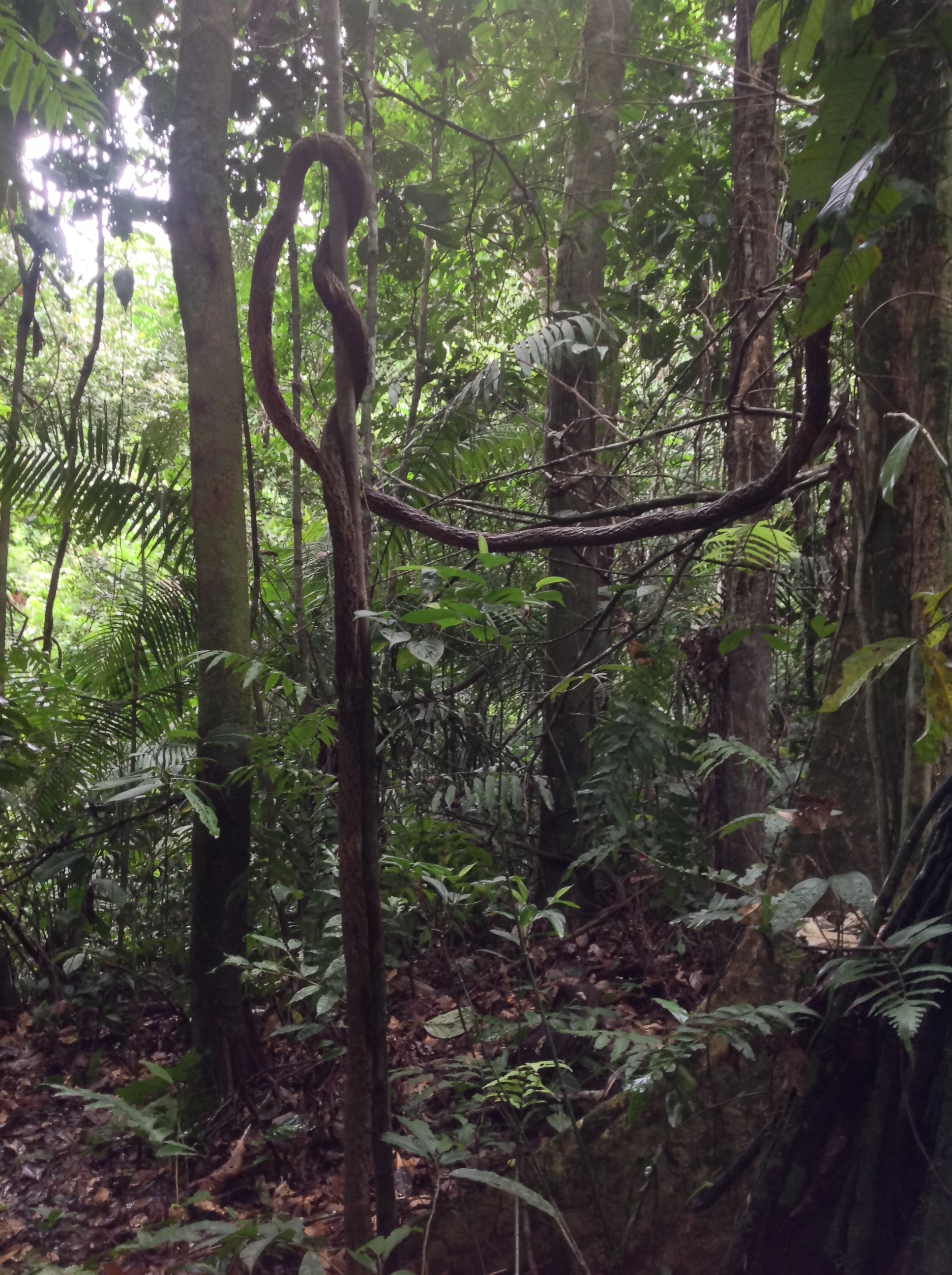 Everything in the jungle is built for survival, in whatever way it can find.

The afternoon lookout was similar to the one from the morning, rickety and high, but the views were pretty incredible. 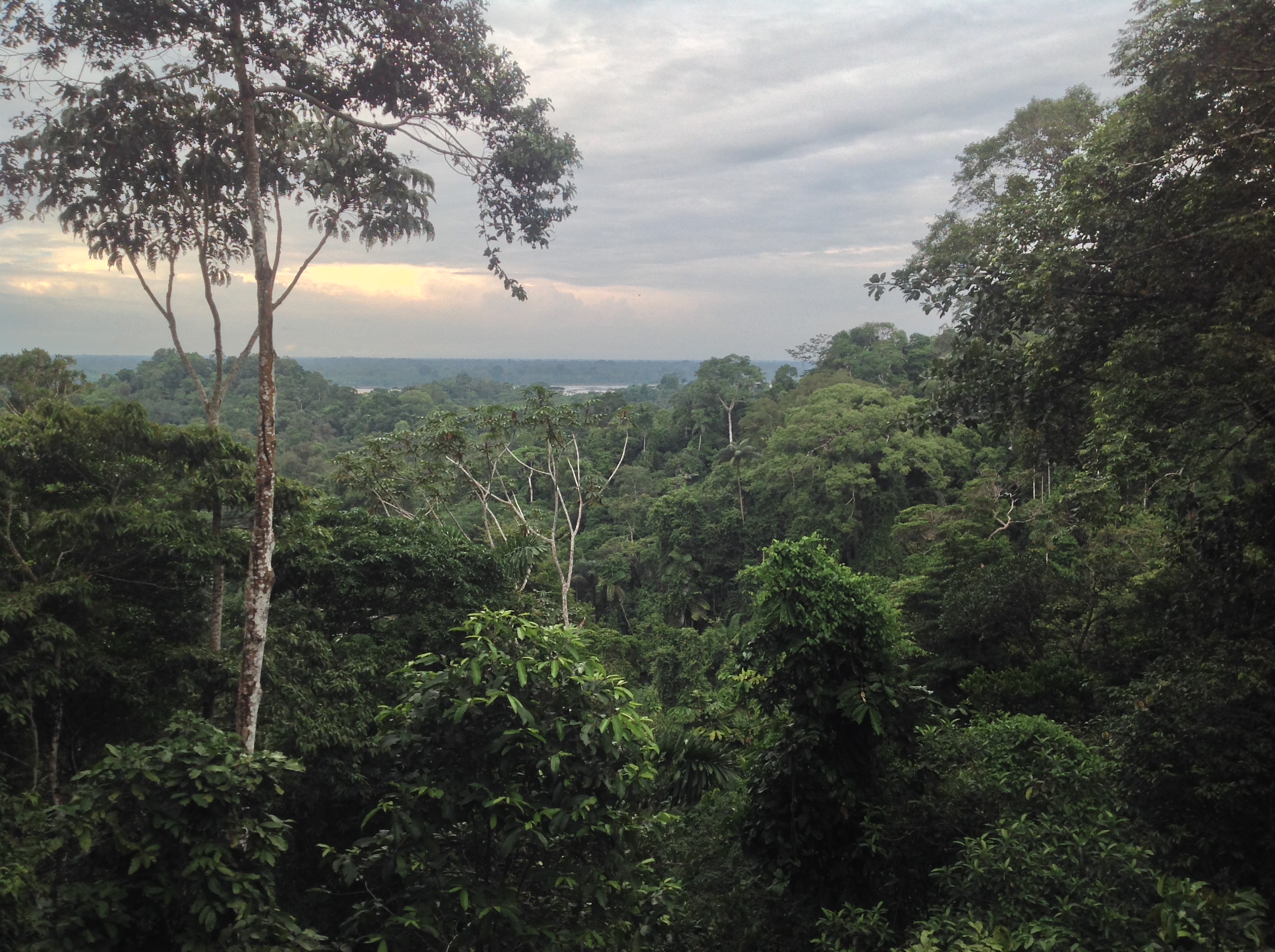 Another stunning view of the jungle.

← Yo! Still At It
Digital Scrapbooking →