We departed early the following day and headed north along the western edge of Iceland. Within minutes of leaving the city area, the landscape opened up to reveal mossy fields dotted with blackened nubby lumps of lava.

The scenery was so spectacular that I scarcely noticed the time passing until we stopped at a wool studio. The owner, Guðrún Bjarnadóttir, showed us how she uses plants and natural materials found in Iceland to dye her wool. She used a couple of imported materials, but the majority was found in Iceland. 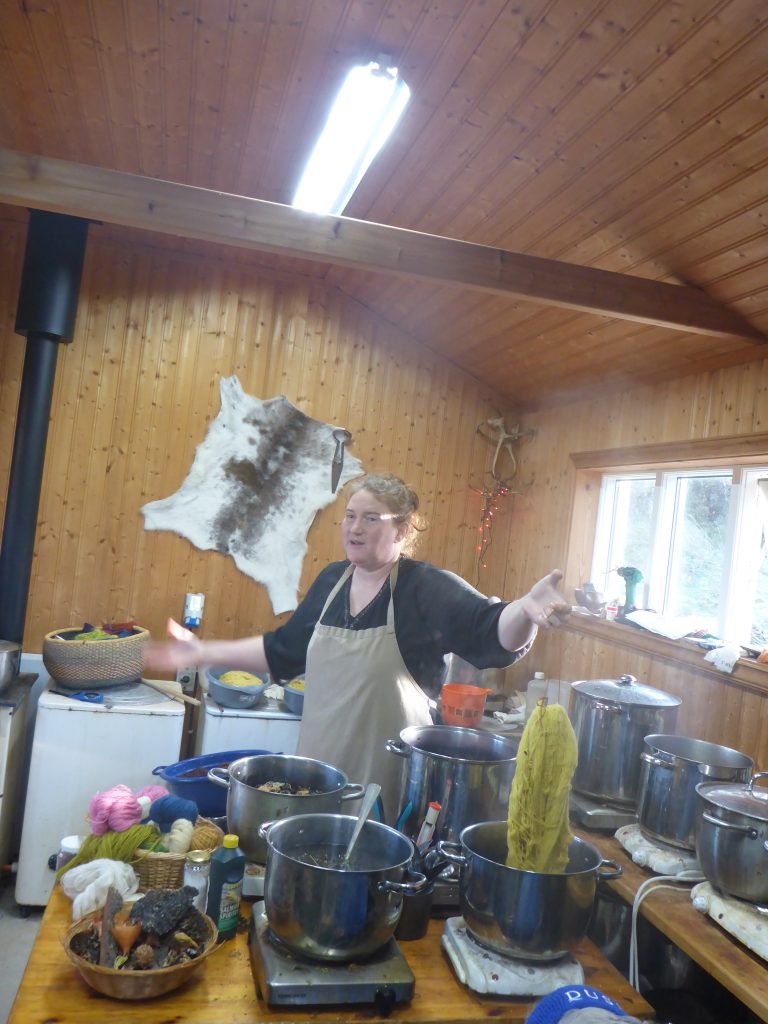 Guðrún demonstrating how she makes yellow, one of the easiest colors to create.

After, we stopped at the Settlement Center in Borgarnes where we took a self-guided tour of the Viking settlers in Iceland. Then lunch! I was surprised by the food in Iceland. Every meal featured lots of fresh vegetables, fresh-baked brown breads and copious amounts of butter.

Feeling full and sleepy, we boarded the bus and continued north for one last excursion before reaching Stykkisholmur, the town we would stay in for two nights. We stopped at Helgafell (“Holy Mountain”), a sacred hill about 250 ft. high.

Don’t speak to anyone or look behind you on the way up, we were instructed, if we wanted our wish to come true. Once at the top, go into the ruins, make a wish, and twirl around three times. Then you may speak. 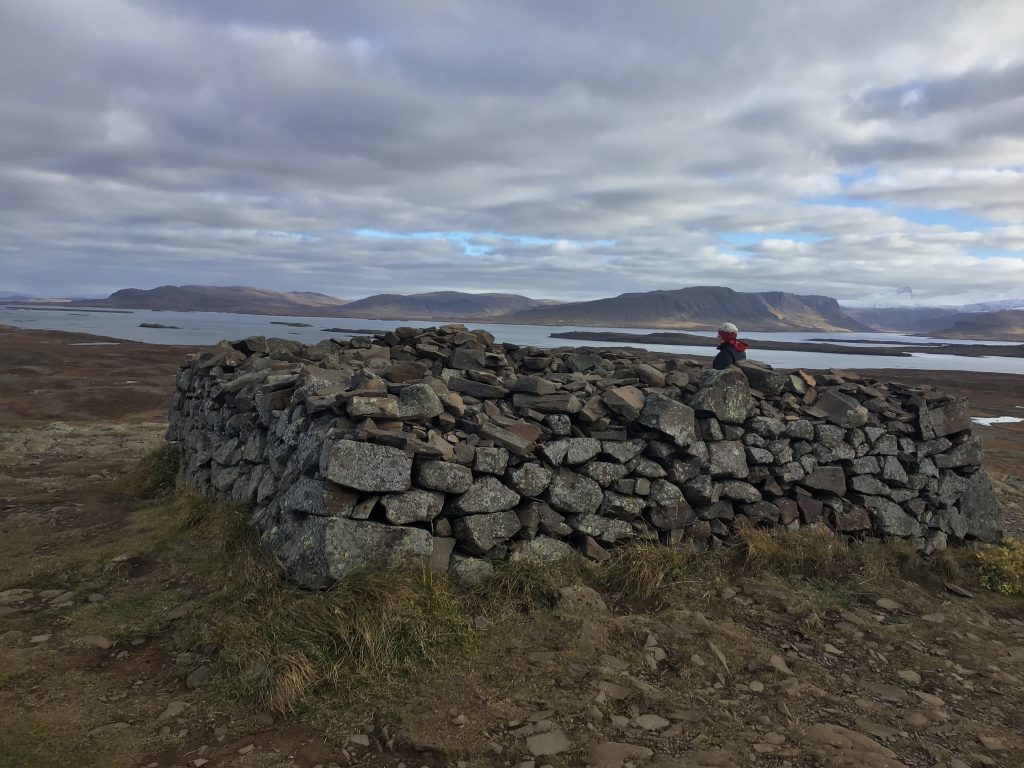 I tried to remember all the rules, but it was challenging considering the magnificent surroundings. It was hard not to look around at the stunning views while hiking up, but the terrain was just as interesting. Mosses in an array of colors and tiny plants dotted the landscape. From a distance the effect was similar to a Monet painting, but up close, I could see the intricate details and uniqueness of the plants and mosses. 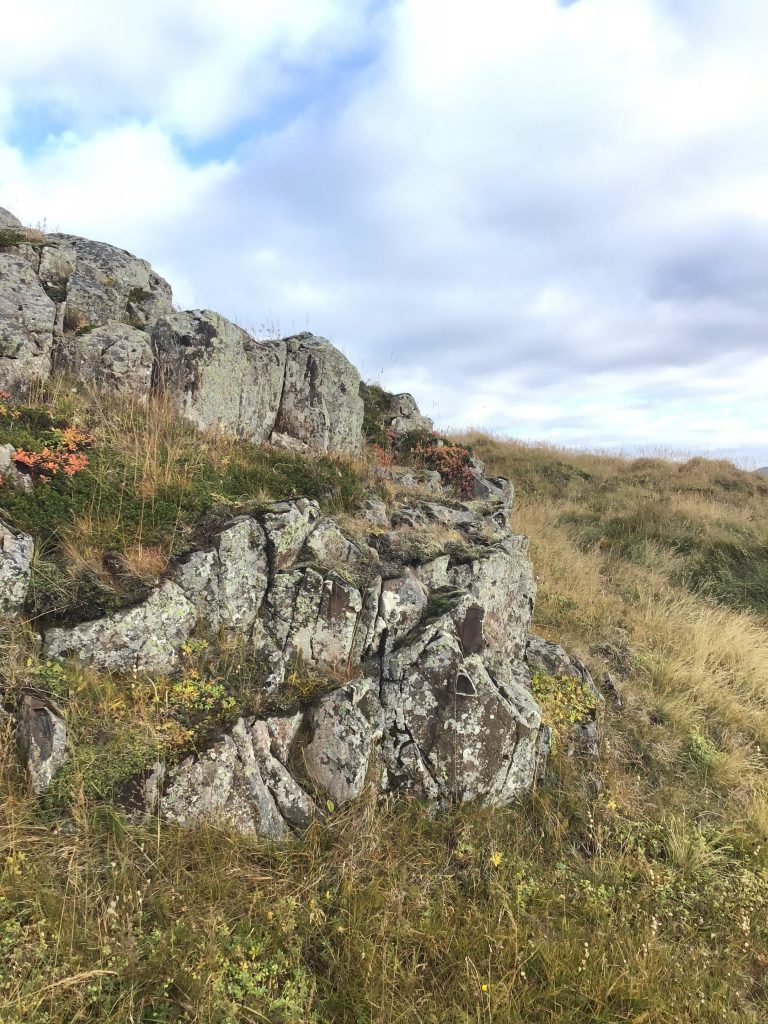 Mosses in an array of colors and tiny plants dotted the landscape.

When we had all hiked up and made our wishes, we headed to Stykkisholmur. We took a short walking tour through the sleepy town. 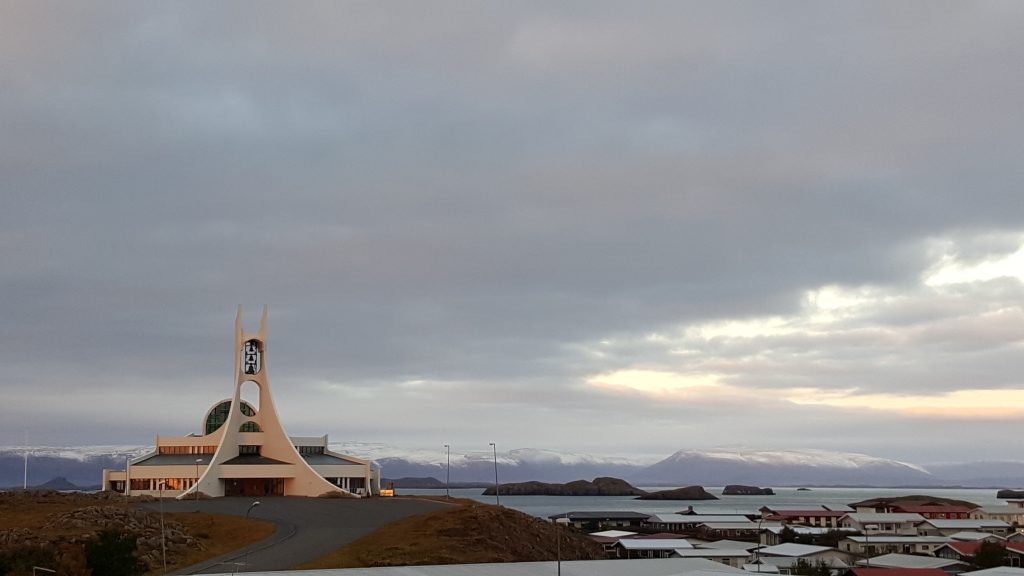 View of the church next to the hotel.

I was delighted to discover the local swimming pool was a 5-minute walk from the hotel. As per usual, the pool was outside. This time I also sampled two of the hot tubs.

It looks cloudy in all the pictures, but that evening it cleared up and we saw Northern Lights for the only time on our trip. It was too cloudy the rest of the time.

Bonus picture of a fresh fish meal in Stykkisholmur, much appreciated after the swim. 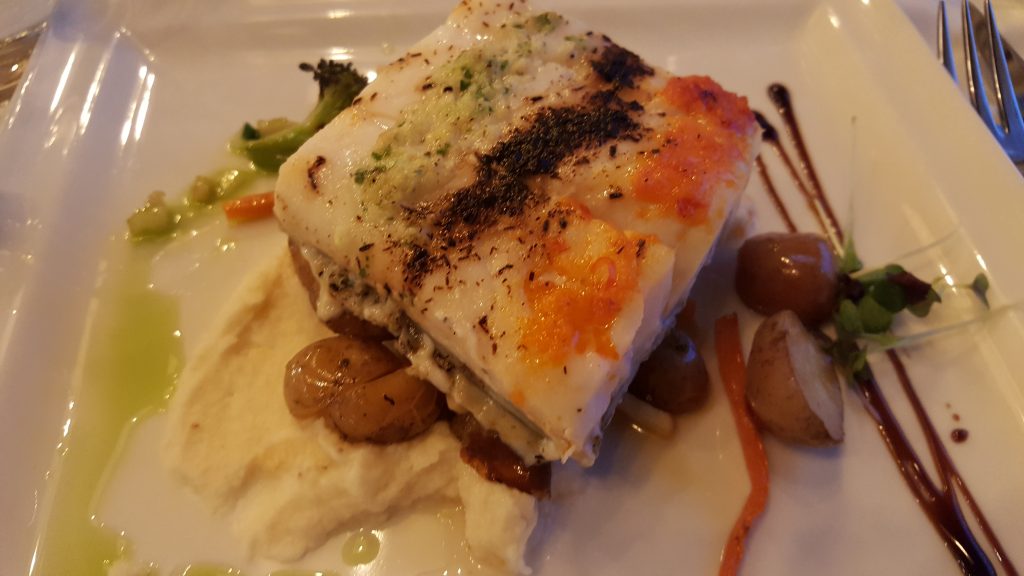 A picture of a fresh fish meal in Stykkisholmur