It’s official.  I have dish gremlins.  It’s the only rational explanation left!  *sigh*  Despite my best efforts at reconditioning, I do still come home, or wake up, to this: 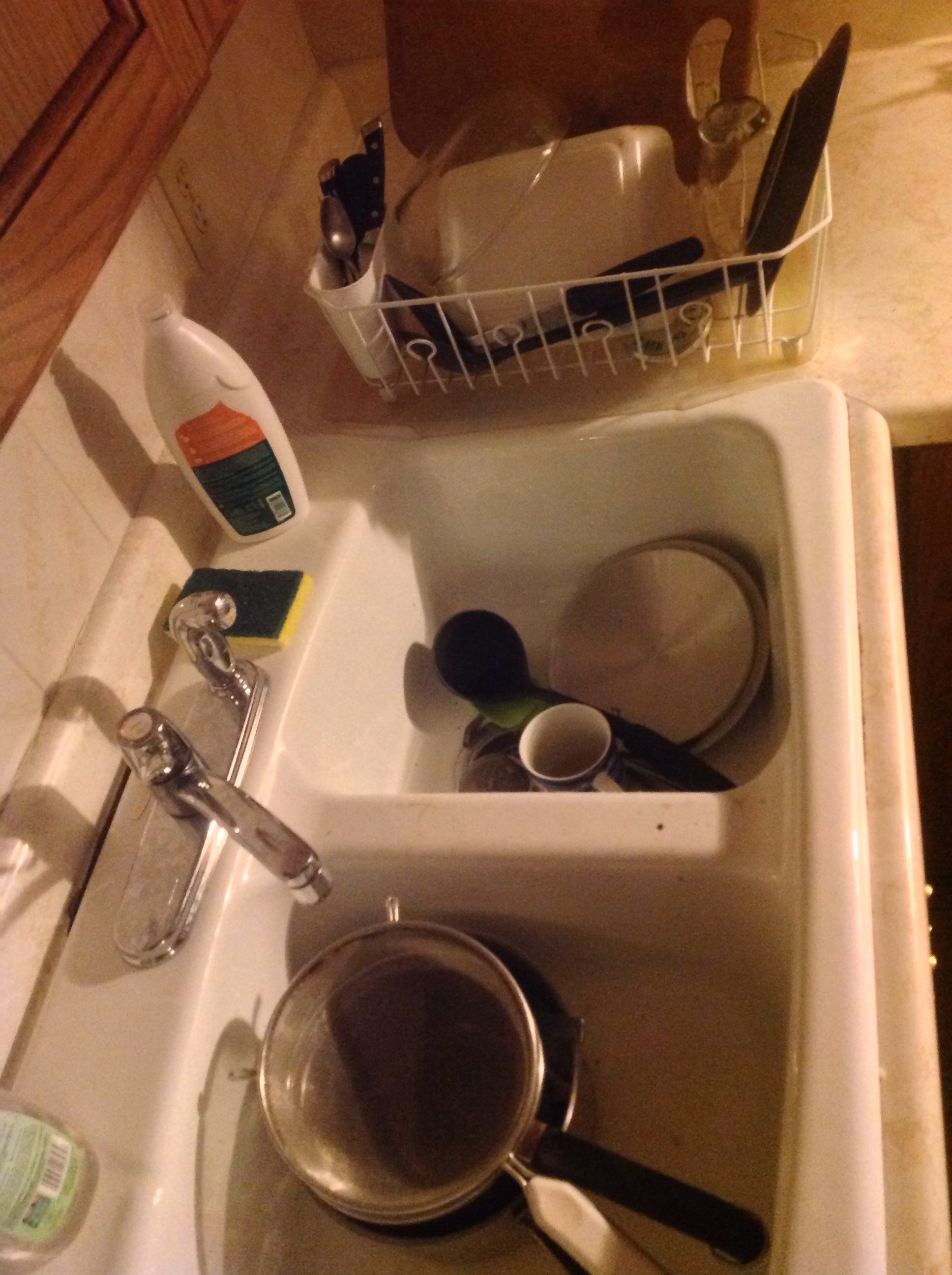 The gremlins latest visit left me with a new load of dishes.

I deal with the full sink, full dish drainer scenario several times a day in my house.  Even though both always seem to be full, it’s almost never to capacity.  In that respect, part of my strategy has been to do small amounts frequently rather than waiting for pile ups.  However, when the strategy starts to fall apart and the pile up begins, I have to devise new ways to trick myself into staying on top of my chores, and other mundane tasks.  *sigh*  They can feel awfully tedious.

Over the years I have developed a number of techniques to trick myself and get back on track.  Whenever I notice myself slipping back into my old ways, I try to correct the behavior as soon as possible.  My first corrective action is to accept that I’m human and remind myself that the changes are not permanent.  I’m kind to myself.  After all, it’s an ongoing process.

Then I re-assess why I think it isn’t working. The flow of the new habit may need to be adjusted.  There could also be emotional or psychological reasons causing resistance. Getting to the root of deeply ingrained habits to re-route them takes time.  Or maybe it’s just because my schedule was super crazy and a few less critical things were neglected.

After the first two steps, being nice to myself and re-assessing, I get back on track by going through the same steps I originally used to modify the habit.  Usually I start by setting the timer for 5 minutes, or by making compromises with myself.  For example, the other night I was super tired and once again facing a full sink, full dish drainer scenario.  This was because I hadn’t washed the dishes in the morning, starting the whole cycle over.  As a compromise, I forced myself to empty the dish drainer so at least I could wash the dishes straight away in the morning.

If these tactics, and the ones from last week’s post aren’t working, then I start bribing myself and using a reward system.  Feel free to share your best strategies in the comments section.

3 comments for “Getting Back on Track”