We disembarked early in the morning. Another wet landing, this time onto a black sand beach. Black sand is sticky and gets everywhere. Just a few meters into the trail we spotted our first tortoise, a juvenile. We took our pictures from a respectful distance and then walked by, causing the tortoise to hide. 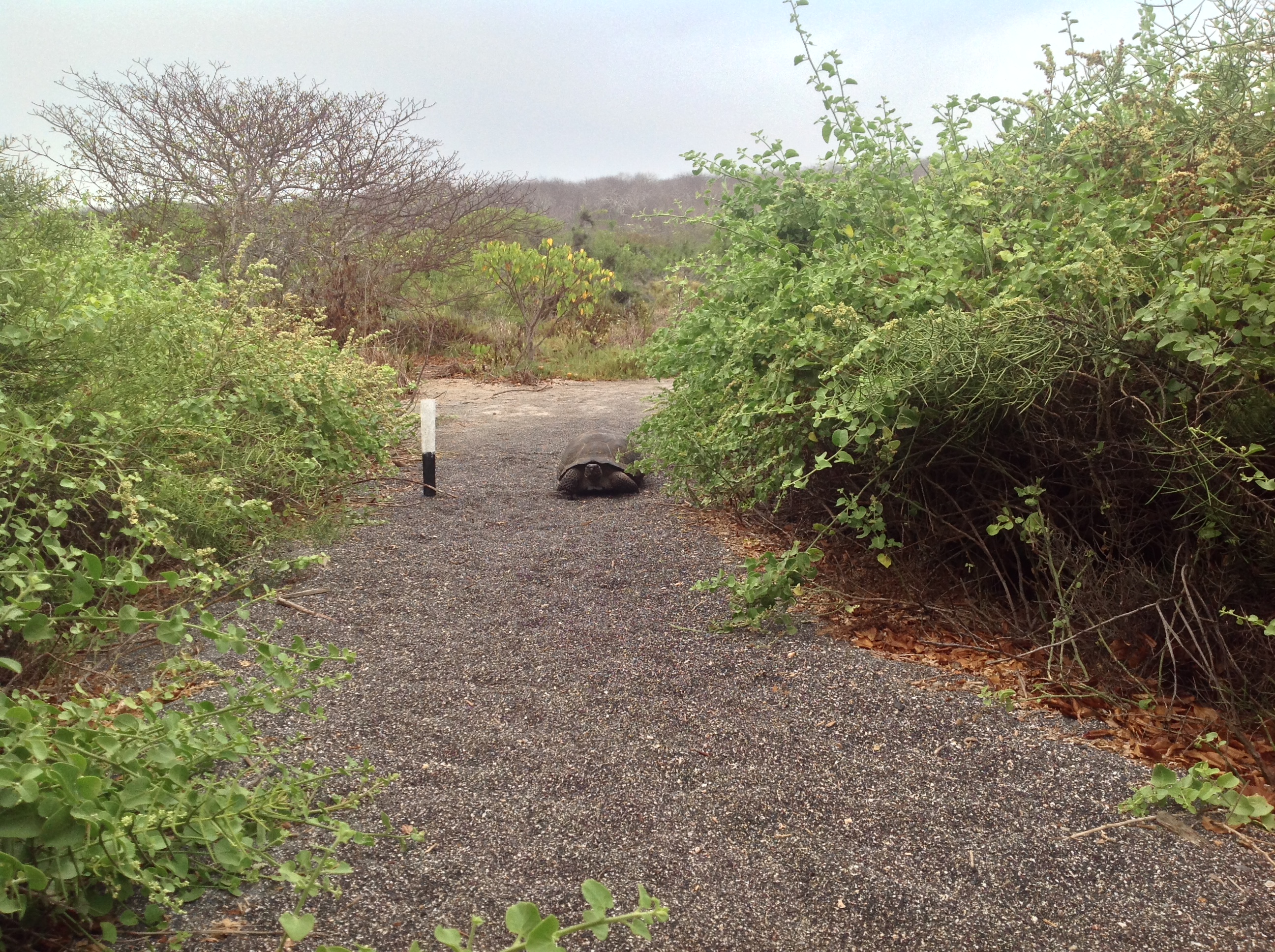 The only Galapagos tortoise we saw in the wild. This one was a juvenile and pulled into its shell as soon as we came near.

The terrain on this part of Isabela Island was definitely the lushest place we had visited so far. All the greenery, flowers, and humidity brought the insects along. Some of them were annoying, like the wasps, an invasive species. But I quietly cheered every time I saw Carpenter Bees buzzing around the flowers. 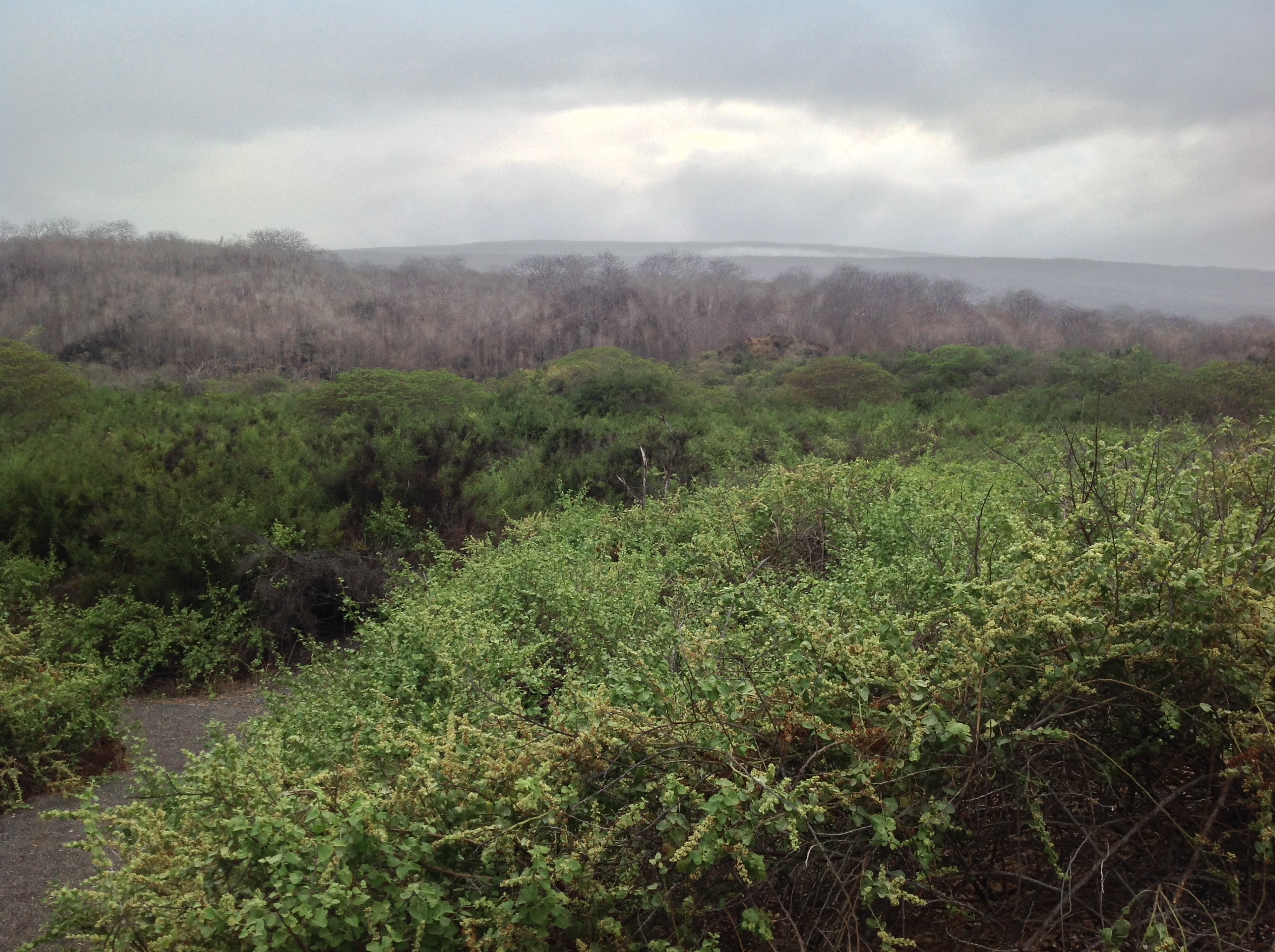 The varied landscape at Urbina Bay.

Birds flitted everywhere, including a Vermillion Flycatcher, a gleaming flash of yellow among the branches.

A land iguana, cousin of the marine iguanas, posed motionless under a tree. The two species share some similarities such as they are both vegetarian and evoke an image of something prehistoric and dinosaur like.   But the land iguana is covered in soft, muted hues to match the earth and foliage. The tail is shorter and more rounded, as this one is not used for swimming. This was our only opportunity on the trip to see the land iguanas. We were lucky to see three of them. 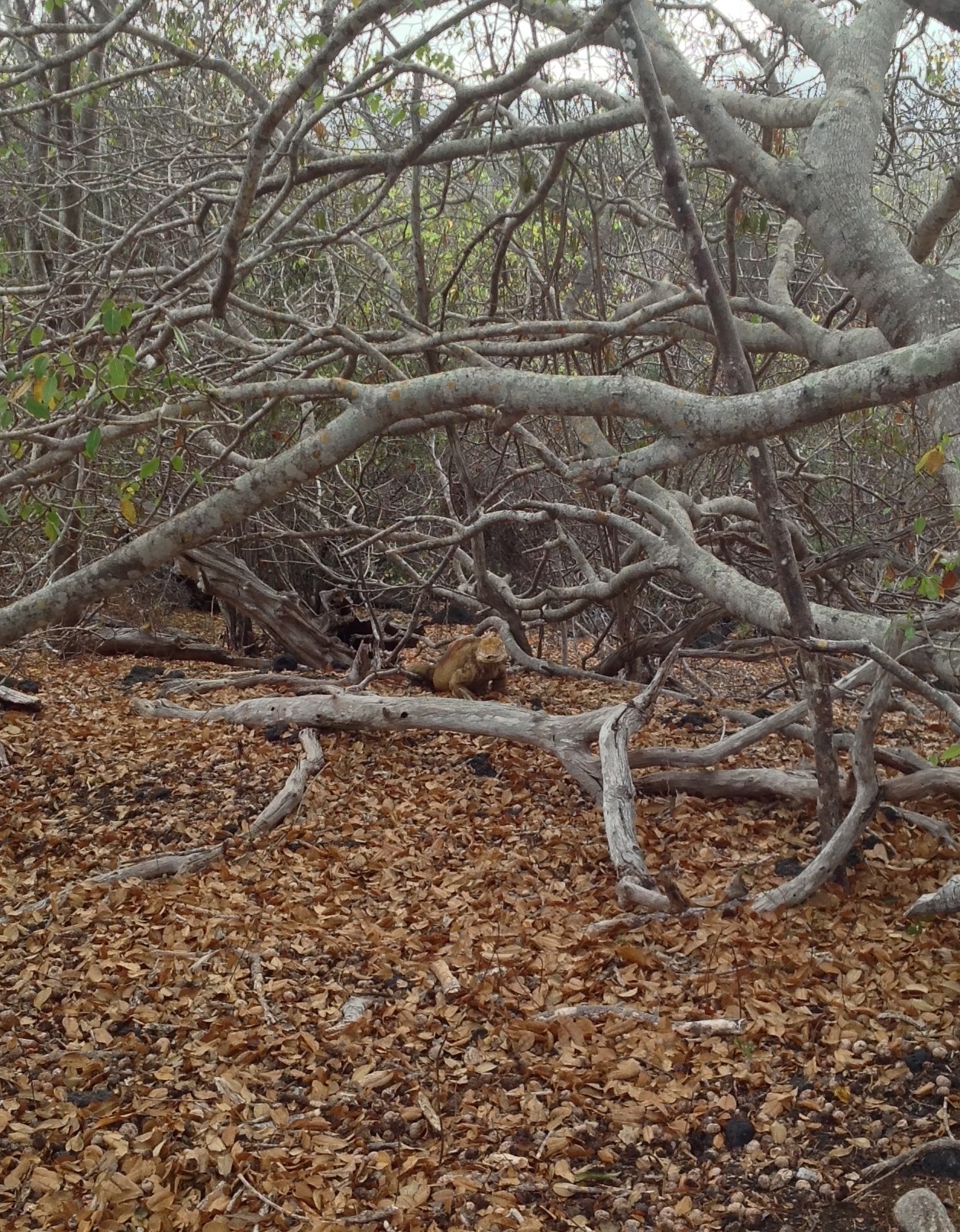 Land iguana, cousin of the marine iguana, in its native habitat blending in almost perfectly with the dead leaves.

Back on the boat we headed to a different part of the island for the afternoon.   At mid-morning we lucked out and managed to see a pod of dolphins swimming through the channel.  We boarded the pangas and raced out to greet them. They were intent on feeding and not that interested in us.   We rode beside them for a while before they raced off again. At one point a sea lion inserted herself into the pod and leaped about in a graceful imitation of the dolphins. She even made sure to look at us in the panga so we that we would also notice her.

It was pretty incredible. I decided to relish the moments and not take my dorky iPad so the image is courtesy of my mother. Besides, I needed both hands to hang on! 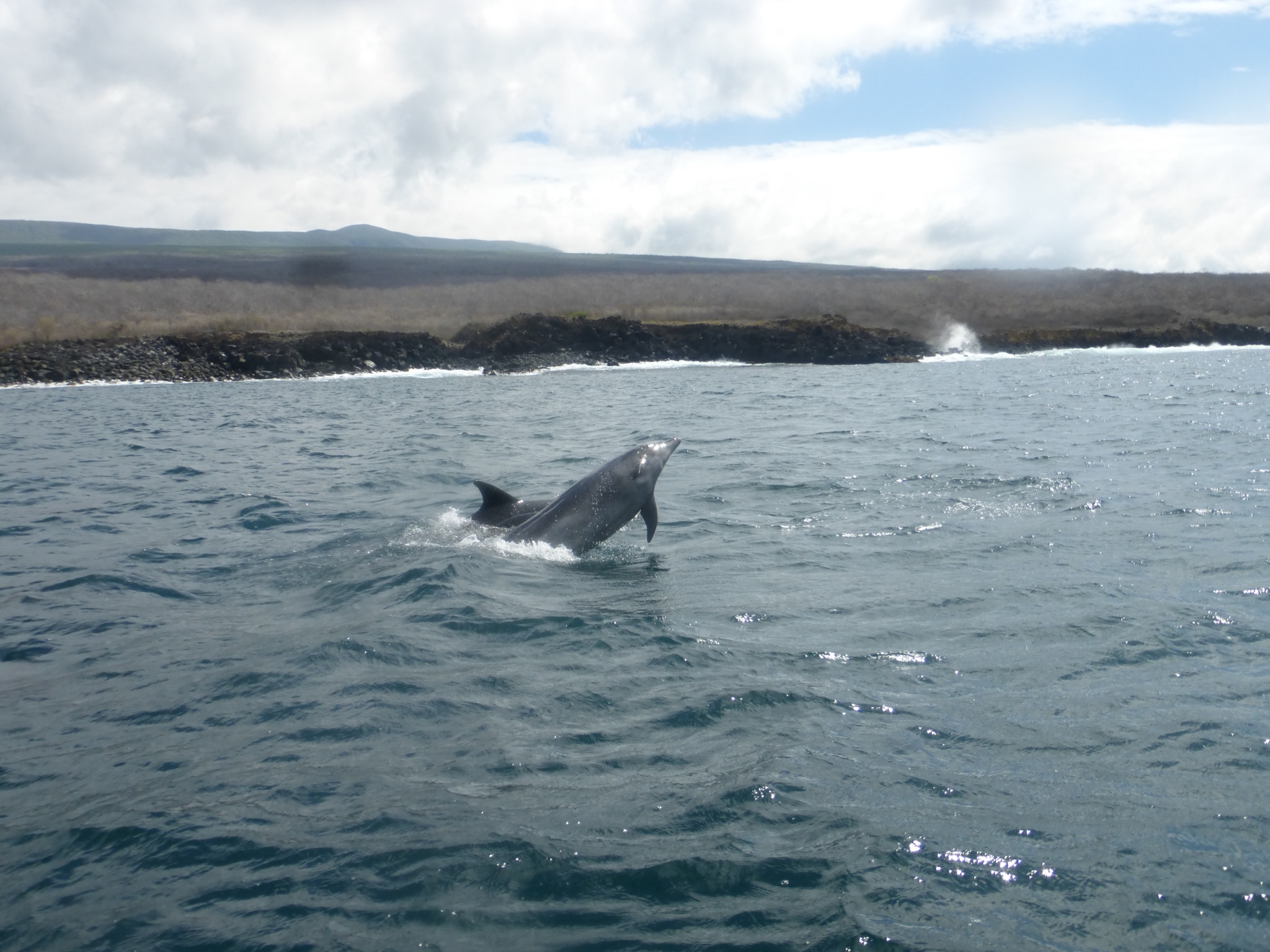 Mom took this pic.  My hands were busy holding onto the rope!

← Getting Back on Track
Communication Sprawl →