The day started at sunrise. By 6am most of us had assembled on the covered deck to check out the scenery. We identified turtles by their large rock-like domes emerging silently through the waves.

A short time later we boarded the pangas for a wildlife tour. The boats zipped around the coast line giving us panoramic views of the caldera and cracks of black, hardened lava dykes cutting through the stones in jagged ribbons.

View of a caldera on Isabela Island.

Mola mola fish sailed by waving their fins in the air before diving down.  The panga headed into a cove where we would snorkel later.  Along the edge we saw marine iguanas, flightless cormorants, and a pair of blue-footed boobies. 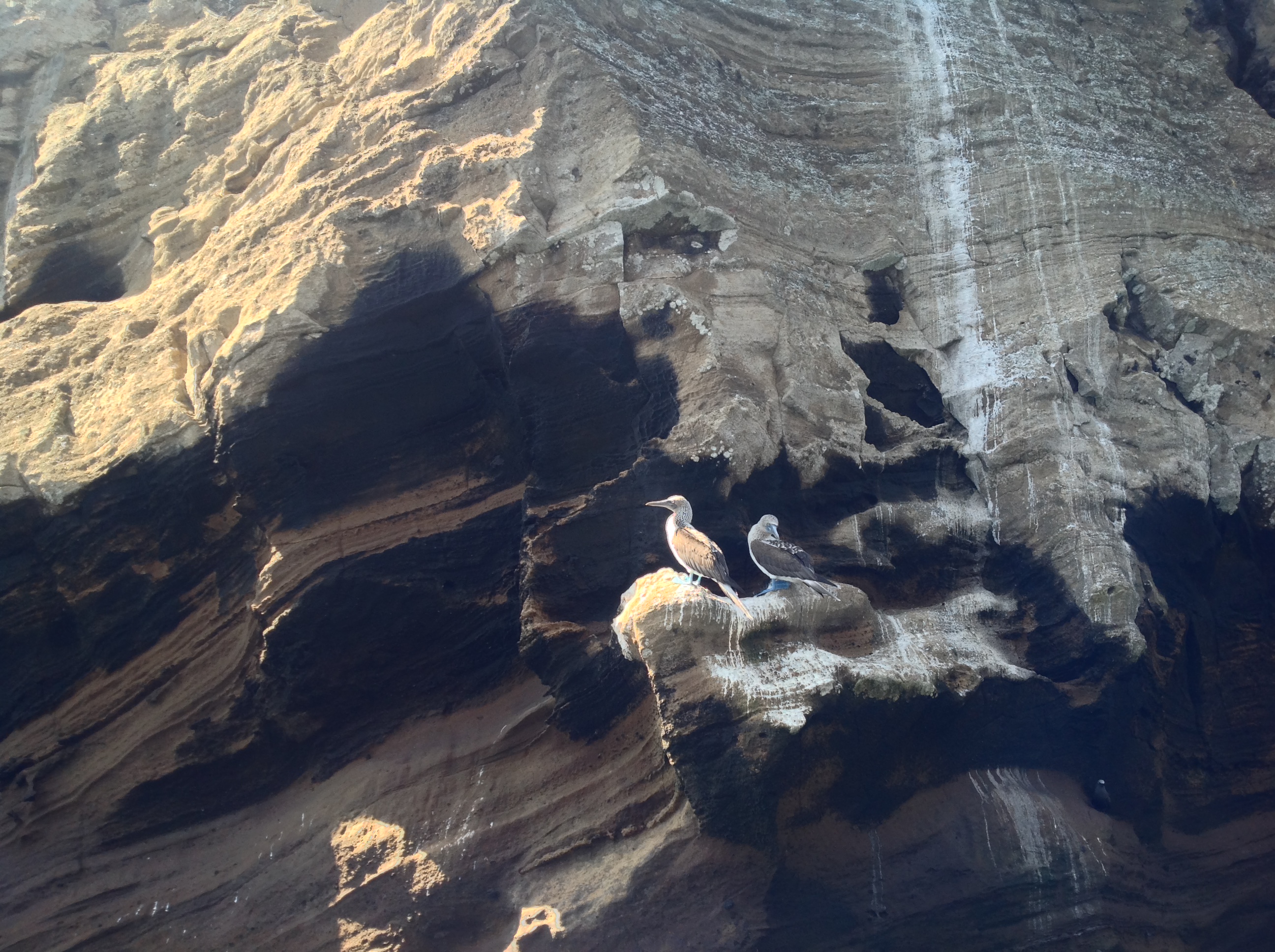 A pair of blue-footed boobies hanging out.

After the panga tour we suited up for snorkeling.  We plunged into the ocean off the side of the panga and were immediately welcomed by marine life.

Below me two giant turtles glided seamlessly through the murky depths highlighted by the sunshine streaking through.  A small Galapagos penguin darted by, contrasting the serene, peaceful movements of the turtles. It zipped around, flying effortlessly in the water. 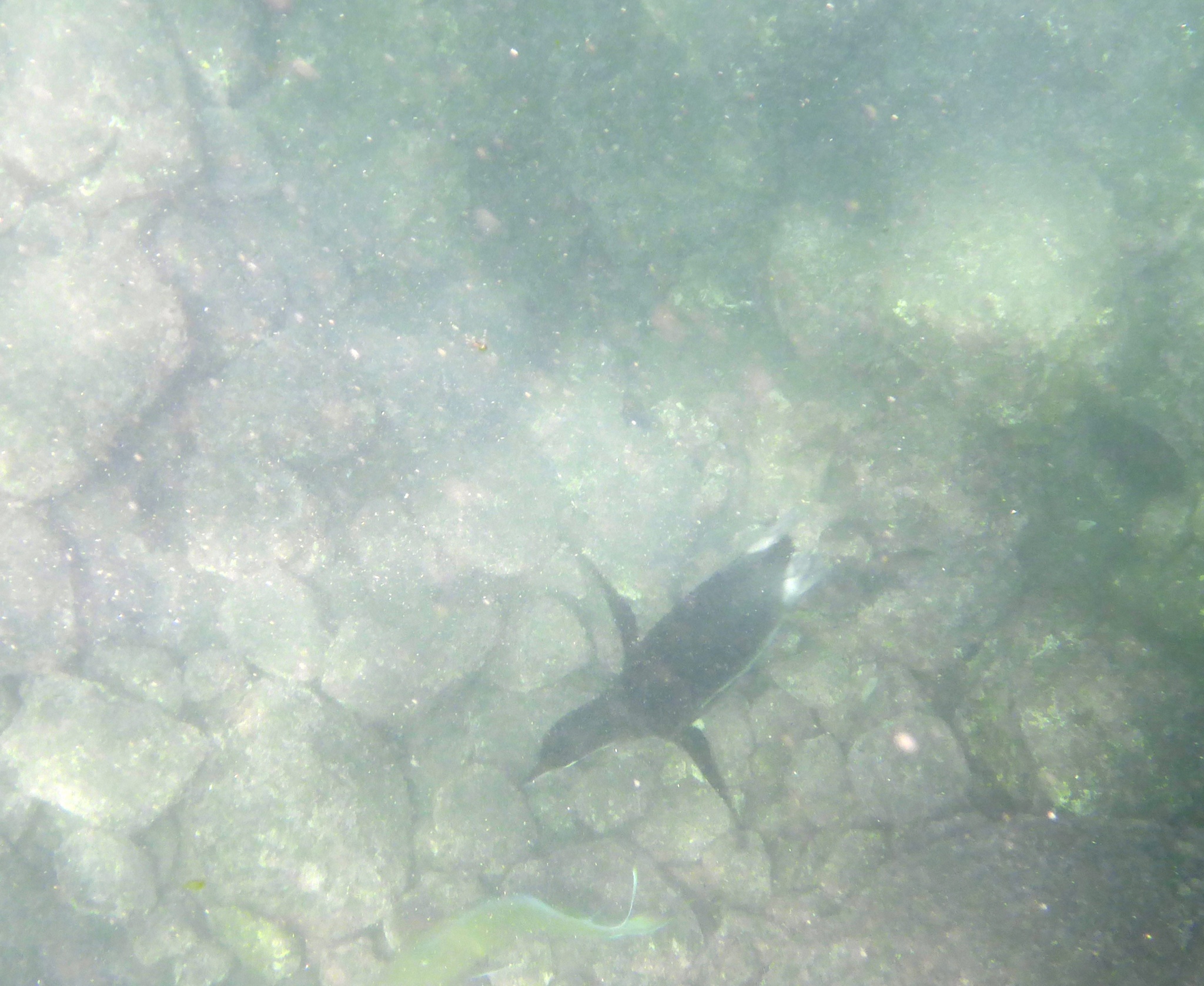 A Galapagos Pingüino diving for food.

I cruised slowly through the cove, taking care to keep my movements slow and gentle. My arms remained by my sides or crossed in front of me so as not to frighten the turtles with any big motions. Many sea turtles drifted about propelled only by the natural movement of the water. Others glided by using their front flippers like wings. Many of them cruised over to give me an eye or two.  At one point I mimicked the turtles and remained still, allowing myself to drift with the water’s movement.  Seven sea turtles surrounded me. 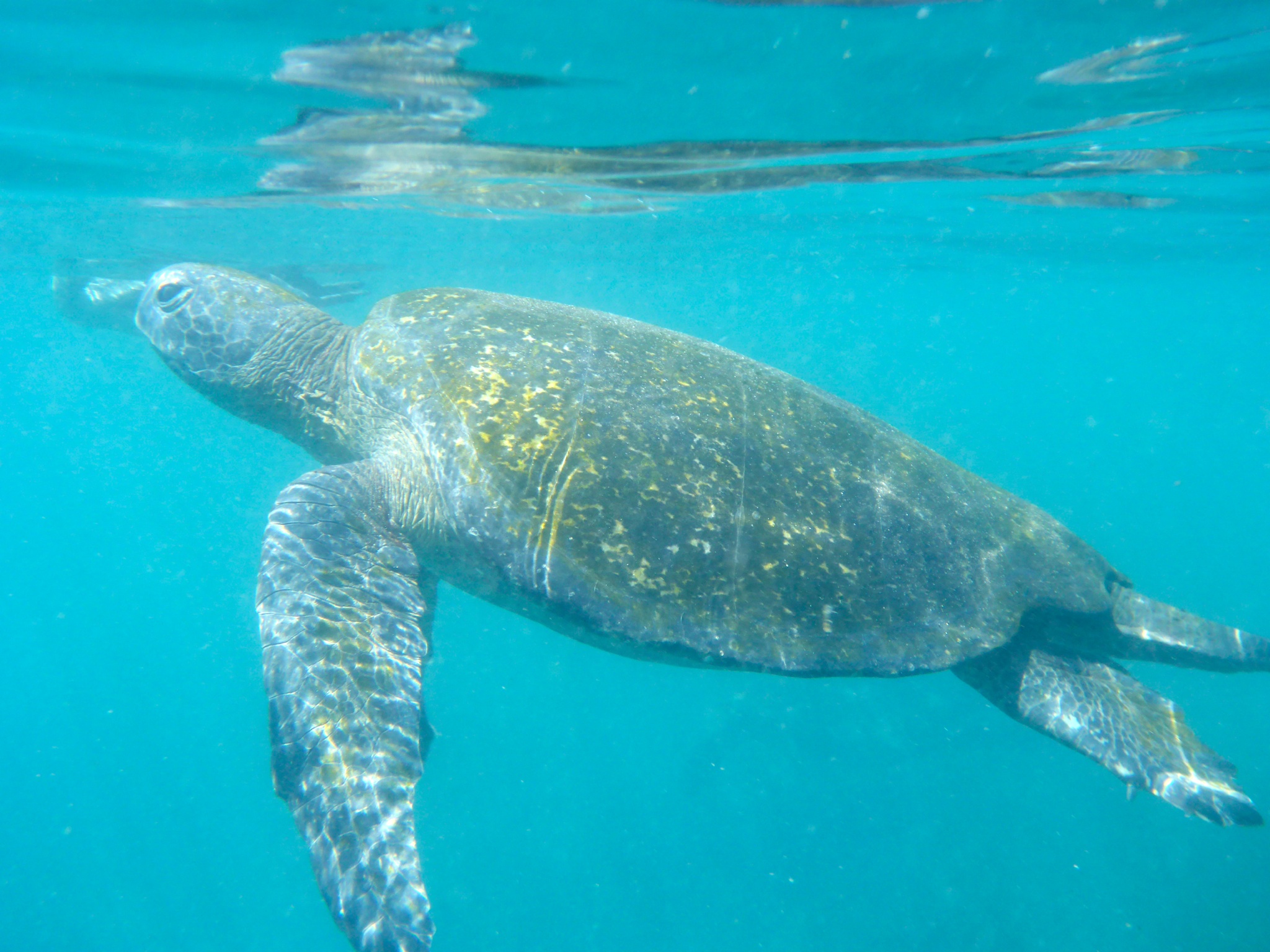 A few of them passed so close beneath me I could count the barnacles on their carapaces.  I could have easily reached out to touch them, but I didn’t.

A marine iguana swam by, swishing its long, flat tail from side-to-side in the water.  I have to confess that I experienced a pang of “tail envy” at this moment. Those iguanas are great swimmers. A flightless cormorant paddled by and a pelican sidled over, checking me out before cruising off.

← Declaring Email Bankruptcy
Am I Procrastinating? →