We boarded the pangas at 6:30am to reach Genovese Island, home of the elusive Red-footed Booby.  This is the only island to see this particular type of booby in the entire archipelago. At the landing dock a mama fur seal and her pup rested peacefully until we came along.  They’re actually sea lions but were named incorrectly as Galapagos Fur Seals.  Once the sea lions left we disembarked and climbed up some stone steps to reach the top of the cliff. 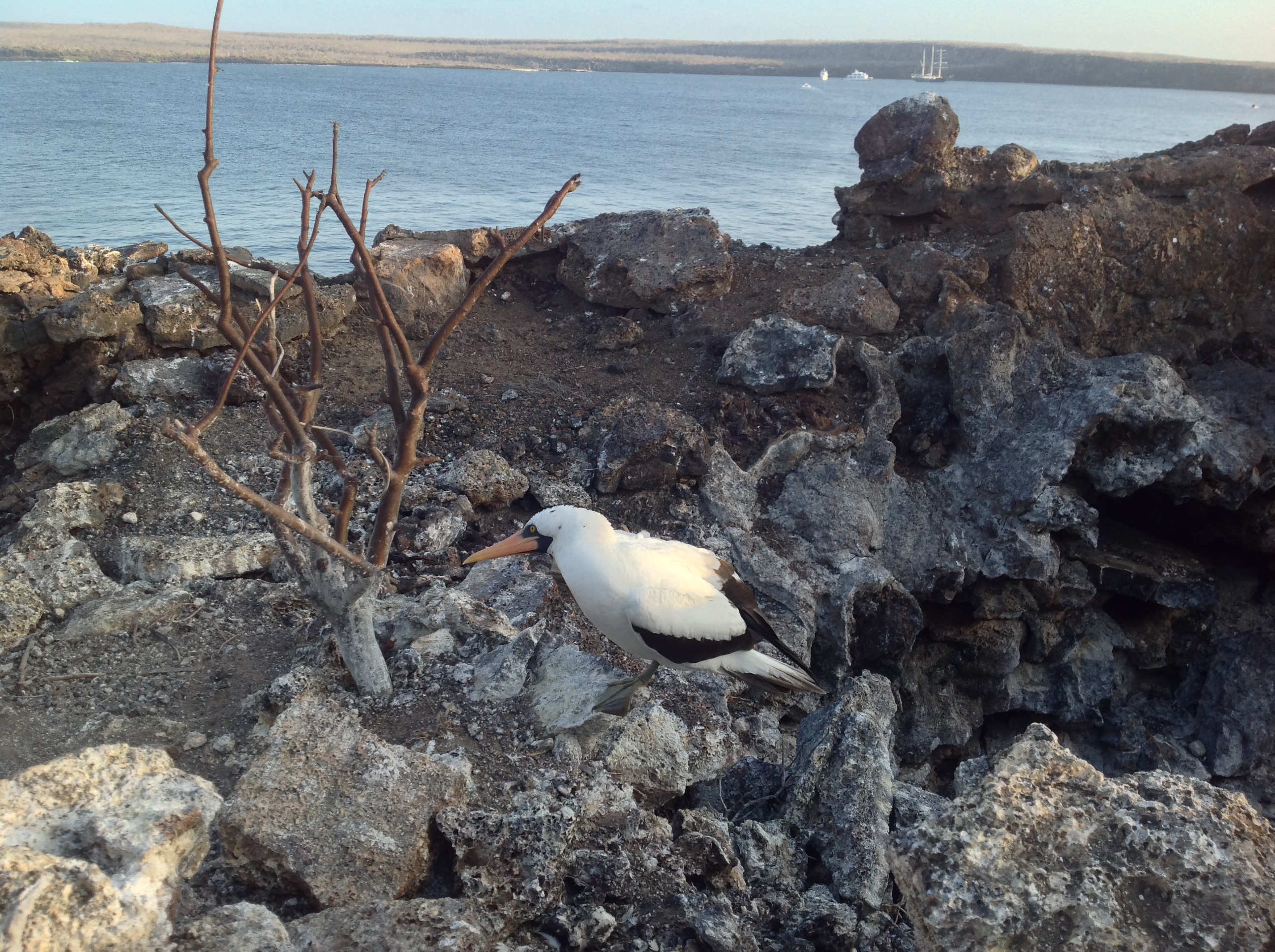 This adult Nazca Booby was standing sentry at the top of the stairs we climbed to reach the birds.

The hike took us through the rocky, dry terrain of the Red-footed and Nazca Boobies. All kinds of birds were perched everywhere on the ground, the rocks and in the trees. As a special adaptation to the Galapagos Islands, the Red-footed Boobies use their webbed feet designed for swimming to perch in the branches. This is to eliminate competition with other boobie species that stay on the ground.

Some of the birds were curious and watched us intently trying to figure out what we were and what we were doing. 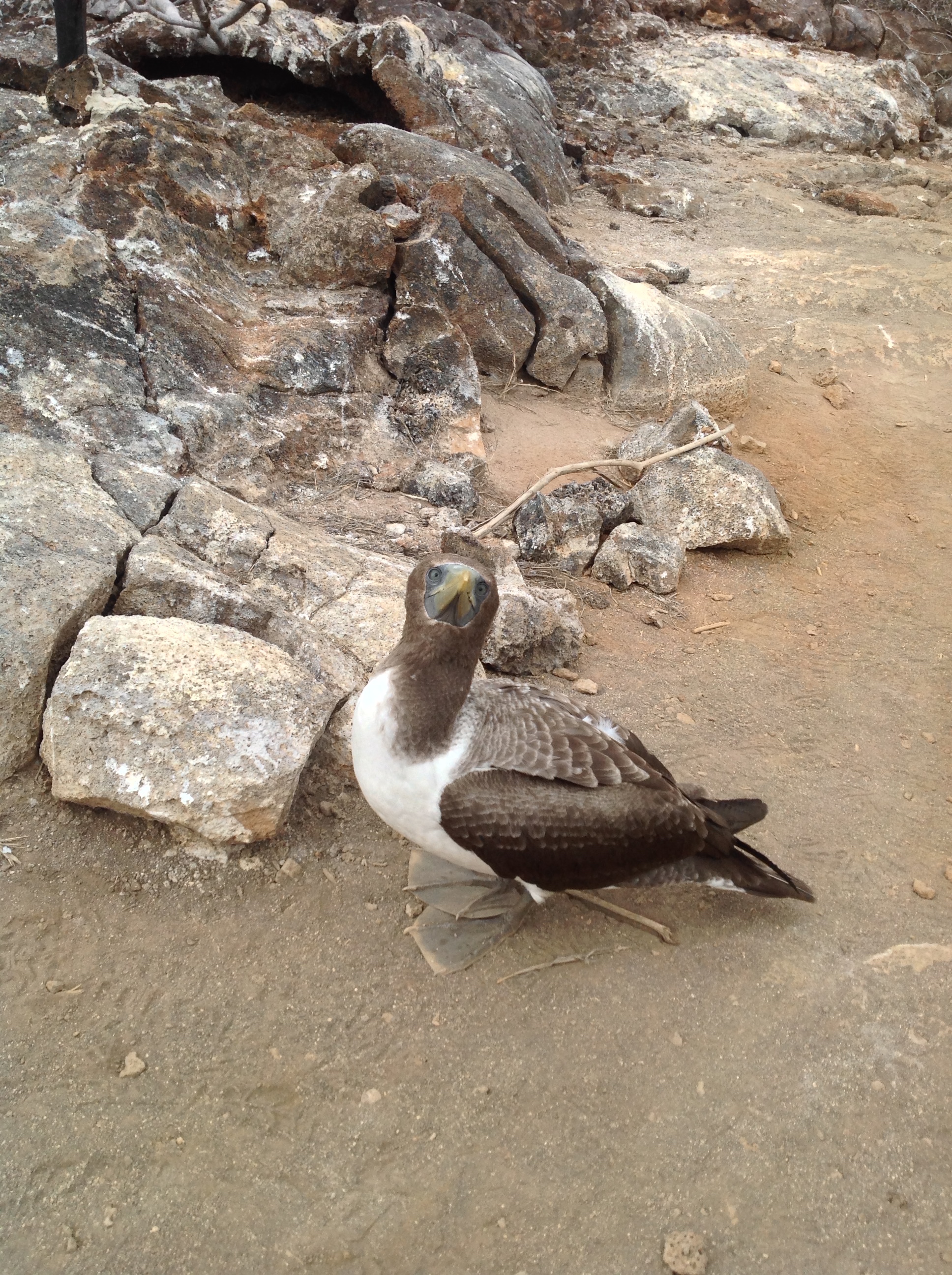 This juvenile Nazca Booby couldn’t help checking out the group as we walked by.

We continued on the sandy trail to a large expanse of rocky terrain extending to the cliff’s edge where dozens of petrels swirled around. We were looking for the short-eared owl that preys on these birds.  Somebody spotted one in the distance, a small statuesque figure camouflaged to look like a rock, but with a sheen to the feathers.  The owl was too far away to photograph, but we saw it fly a few times and shake up the petrels before landing to continue its observations.

After touring bird island, we suited up for deep water snorkeling. Again I was treated to the sights and marvels beneath the ocean’s surface. Fish, coral, colorful, spiky sea anemones, and the patterns made by the sunlight piercing through the water.

That afternoon we went for a walk near some mangroves. This time we were at the base of the cliff and the landscape was totally different. 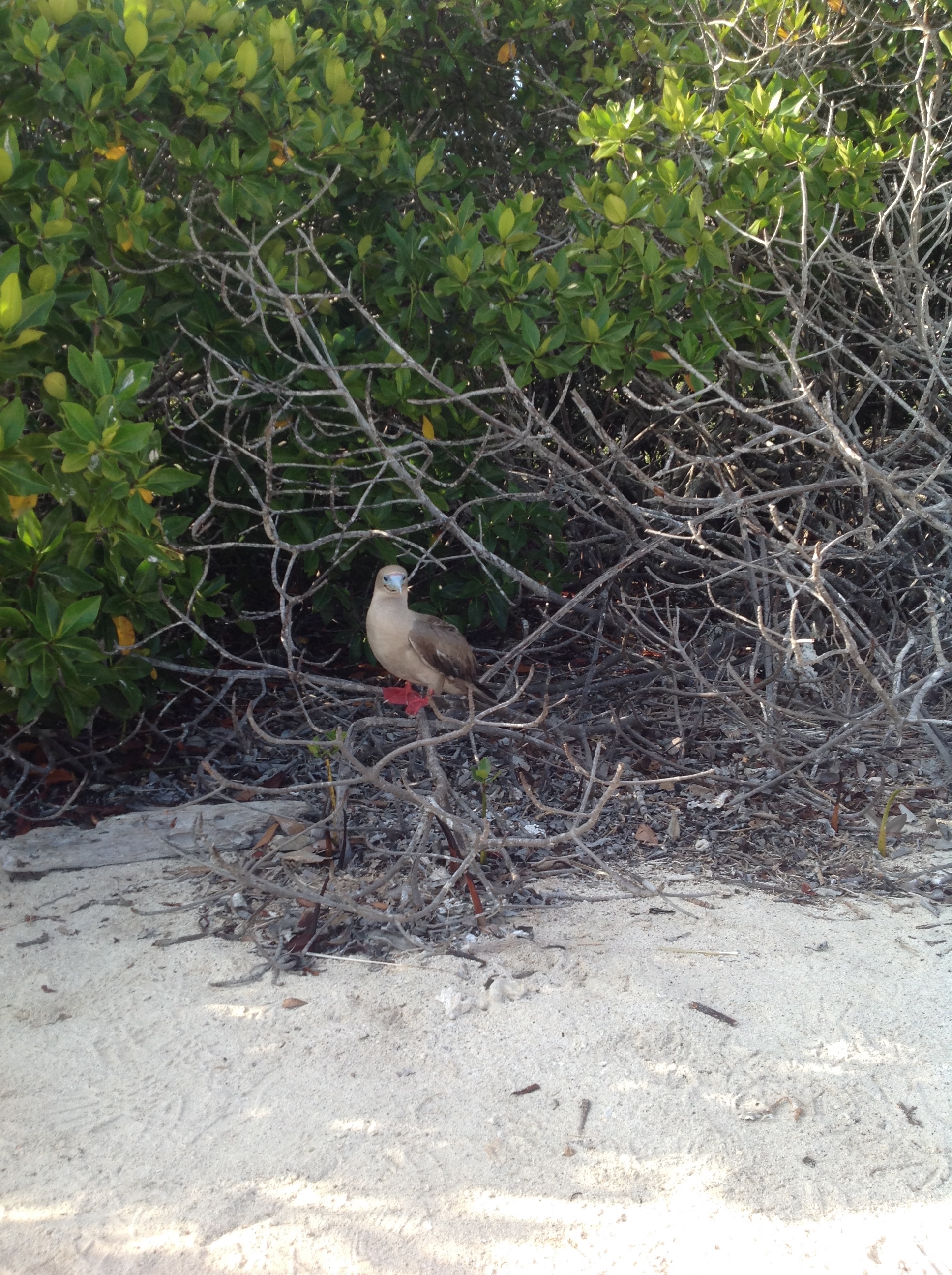 A Red-footed Booby roosting in the mangroves.

On the beach a dozen sea lions lazed around napping, including two mothers nursing their pups and a beach master (i.e. the alpha male). We saw scores of boobies, herons, frigates and other birds nesting, eating and making lots of noise. 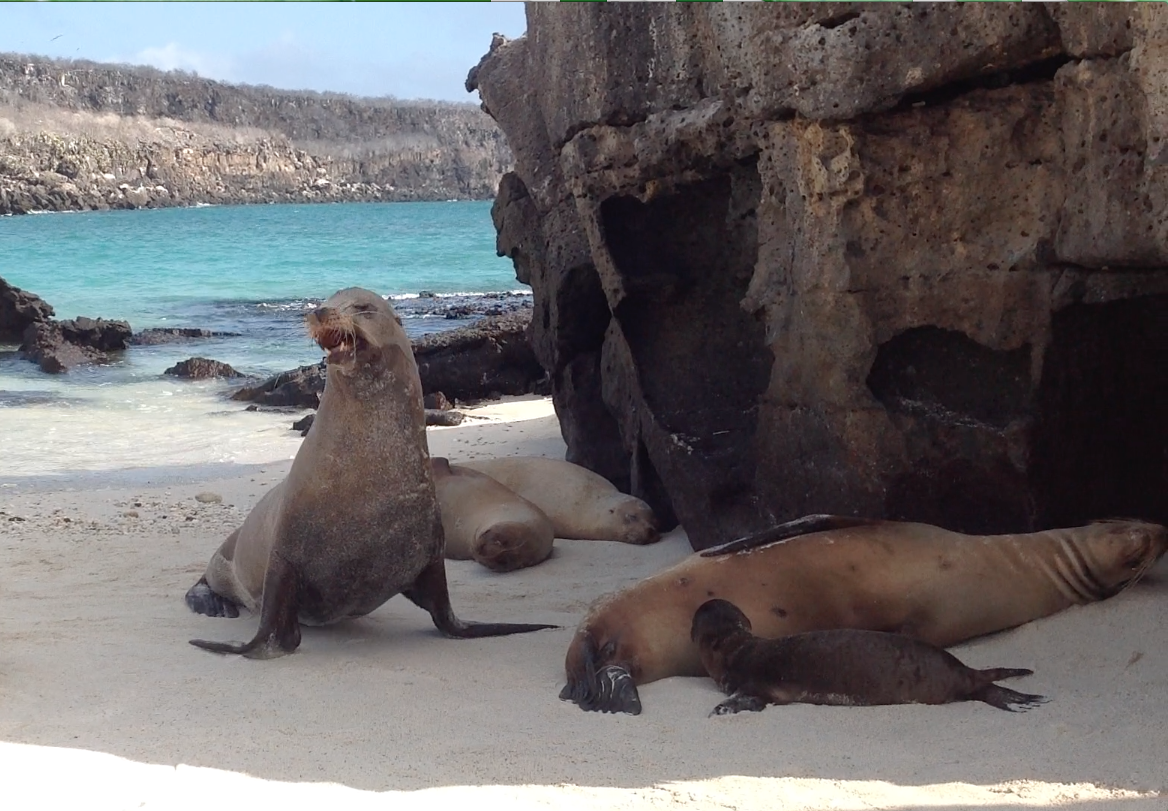 A beach master protecting his harem from shutter-happy tourists. Note the nursing pup on the right. Another nursing pup was also on the left, but not shown in this picture.

The sand was whitish and littered with pieces of coral and small shells. We had a bit of free time to explore which most people used to walk around the beach. I plunged in for another swim hoping the sea lions would come play, but no luck this time.

3 comments for “Isle of the Red-footed Booby”