Before embarking on our second day at Iguassu Falls a fellow traveller and I visualized our animal wish list: monkeys, hummingbirds, and toucans.  Throughout the day we sent vibes out to channel the animals.  The day commenced with Devil’s Throat (posted in February).  I was fortunate enough to see an otter swimming, which I considered an animal wish list bonus.

After Devil’s Throat we walked along the Upper and Lower Trails to see more spectacular views before going on a raft ride underneath a waterfall in the afternoon.  This last excursion was not photographed for obvious reasons.  The OtterBox is protective, but not that protective.

As we walked on the paths dozens of brilliantly colored butterflies fluttered around.  I was able to get a close up of this one hanging out on the railing.  It took a lot of patience. 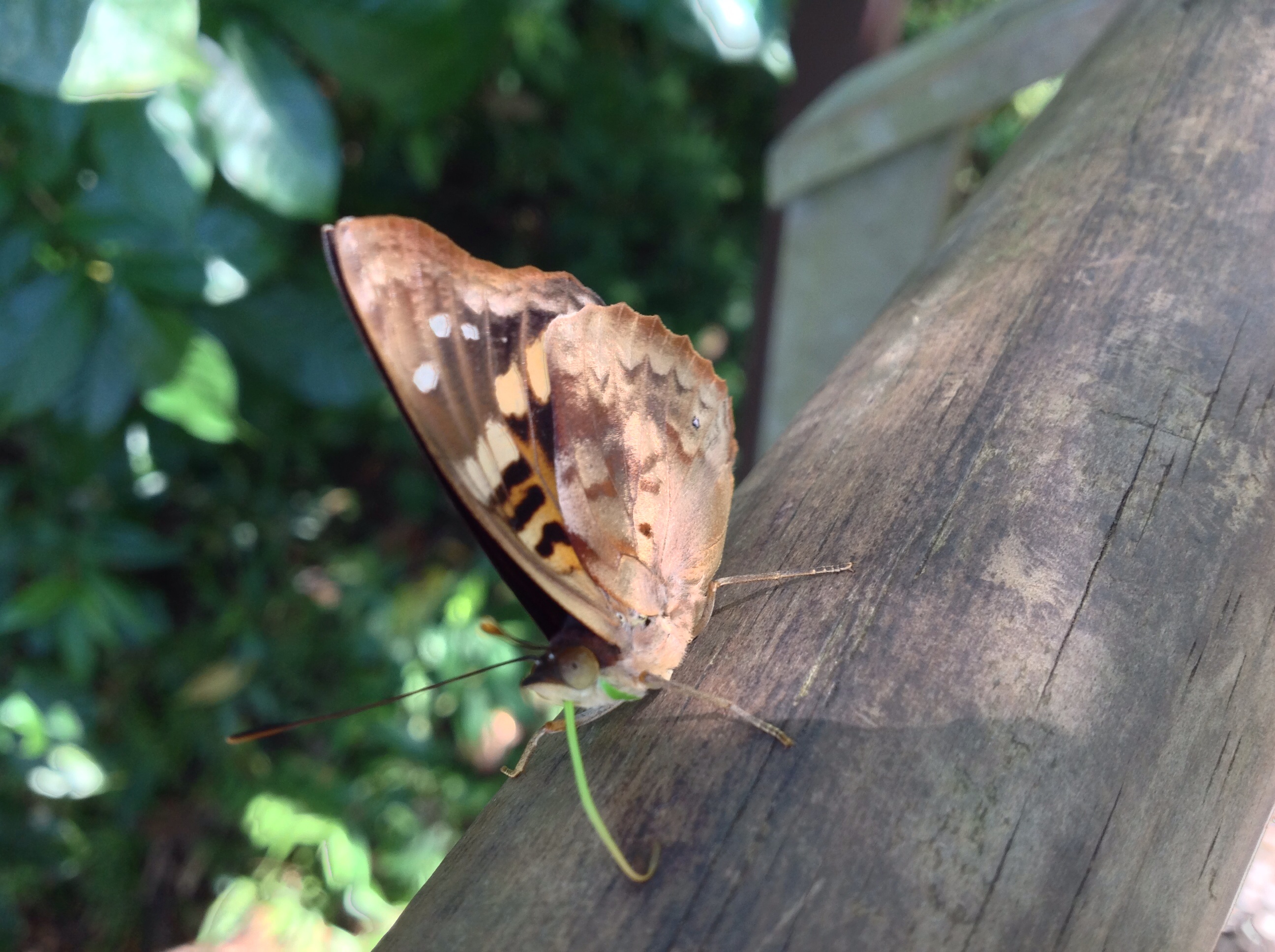 One of the many butterflies we saw. This one is probably sopping up some sweet sweat with its proboscis.

Here’s the same butterfly after it flew off.  It was probably irritated at me for taking so many close ups! 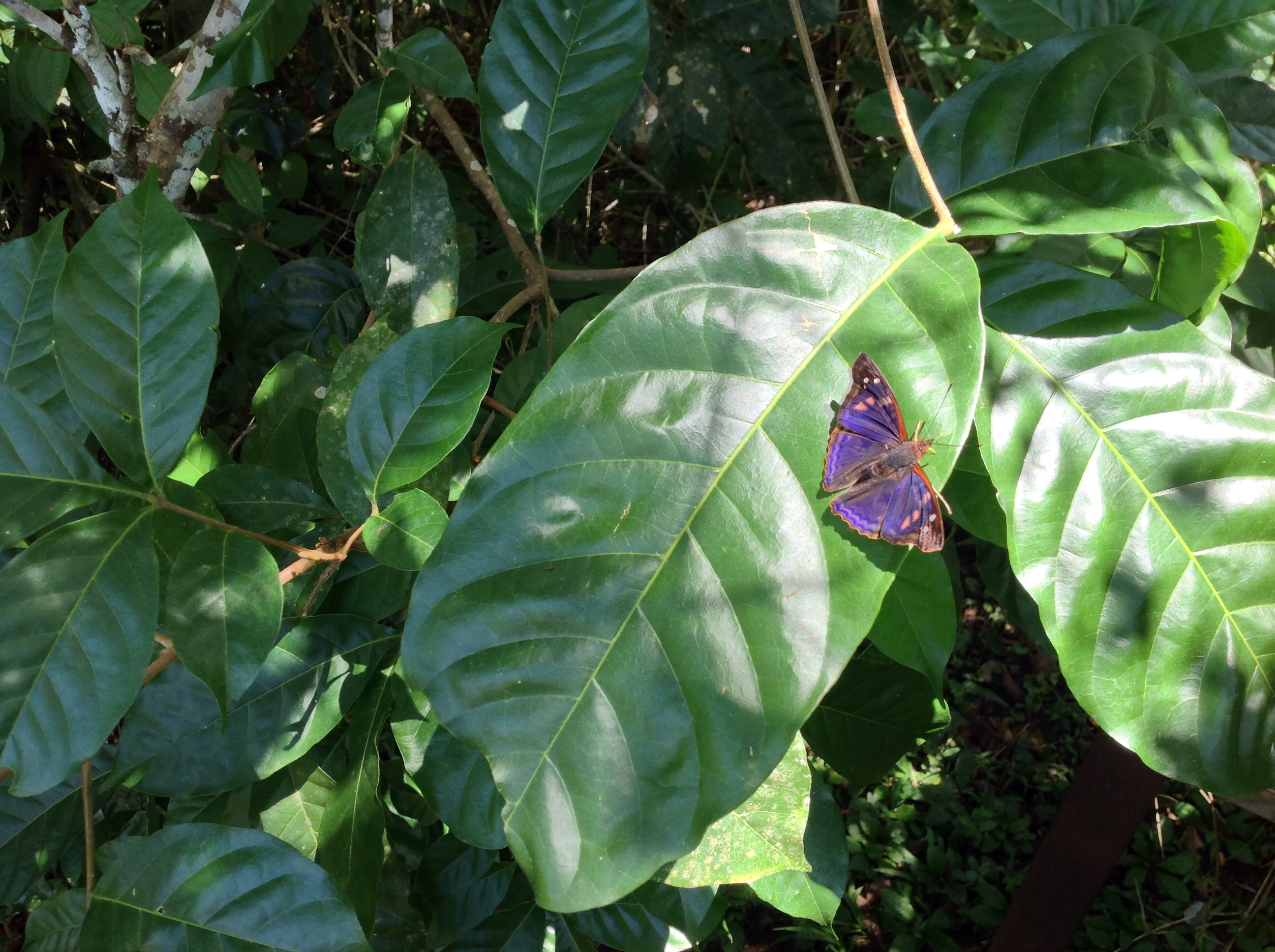 The same butterfly resting after its meal.

Below is a coatimundi.  It’s kind of like a South American raccoon.  We saw a whole family of them on the Brazilian side the day before around a cafe trying to scavenge food scraps.

Coatimundi hanging out in the woods.

Shortly after we saw Capuchin Monkeys playing around in the branches.  Everybody on the trail stopped to watch them.  They were too far away and too obscured by the branches to photograph so I observed them with my full attention to savor the experience.  It was pretty amazing.  They’re incredibly cute, agile animals and extremely playful.

One last stunning view of the falls.  I was continually amazed at the tenacity of the plants growing and hanging out in the forceful parts of the falls.

Close up of the amazing plants hanging out and thriving in the falls.

Next stop the Lower Trail.  We still had two animals to go on the wish list.