Last summer I transitioned from a full-time 9-5 worker to being my own boss.  I was super excited, but also overwhelmed at how many things I needed to accomplish in a short period of time.  I also needed to make space for a home office, which meant purging or consolidating what I had to fit more stuff in a smaller space.

Even though I am naturally organized, and in fact make a living helping others declutter and organize their information, I’m always eager to learn about new methods and styles.  Many people had recommended David Allen’s book Getting Things Done: The Art of Stress-Free Productivity and I was curious to learn more about this system that has helped so many people. I decided to be the guinea pig, read the book and try the Getting Things Done (GTD) method.

From my work experience I know that finding a starting point is difficult.  When it comes to decluttering and organizing, I think many of us procrastinate because it feels overwhelming.  Sometimes each task seems like it’s actually part of a larger chain of never-ending projects that must be accomplished in a specific sequence.  This often gives us an excuse to avoid doing something that perpetuates a cycle. 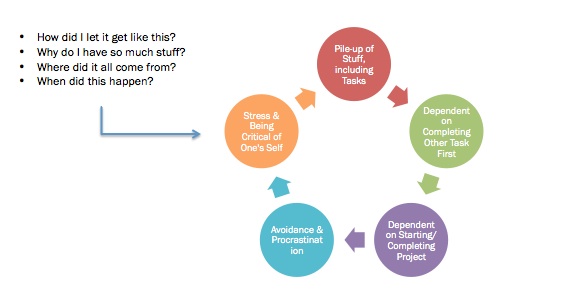 In order to break the cycle it’s imperative to JUST START somewhere, anywhere.  I started, as the book suggested, by writing anything cluttering up my brain on its own sheet of paper and placing it in an “in-box”.  Basically I wanted to capture anything that would be on a “to-do” list such as tasks, errands, projects or communications that I needed to accomplish.  I allowed myself to be free with this exercise and wrote things as they occurred to me regardless of how large or small the task seemed, or even if I thought I had already put it in the box.

TIP #1: Preparation is Key, this includes your time.  I assembled an empty box, pens, pads and post-its so that I could record something the instant I thought of it.  Sometimes I would place physical items in the box that needed action, like filing.  I used a note app on my smartphone to record thoughts on the go. 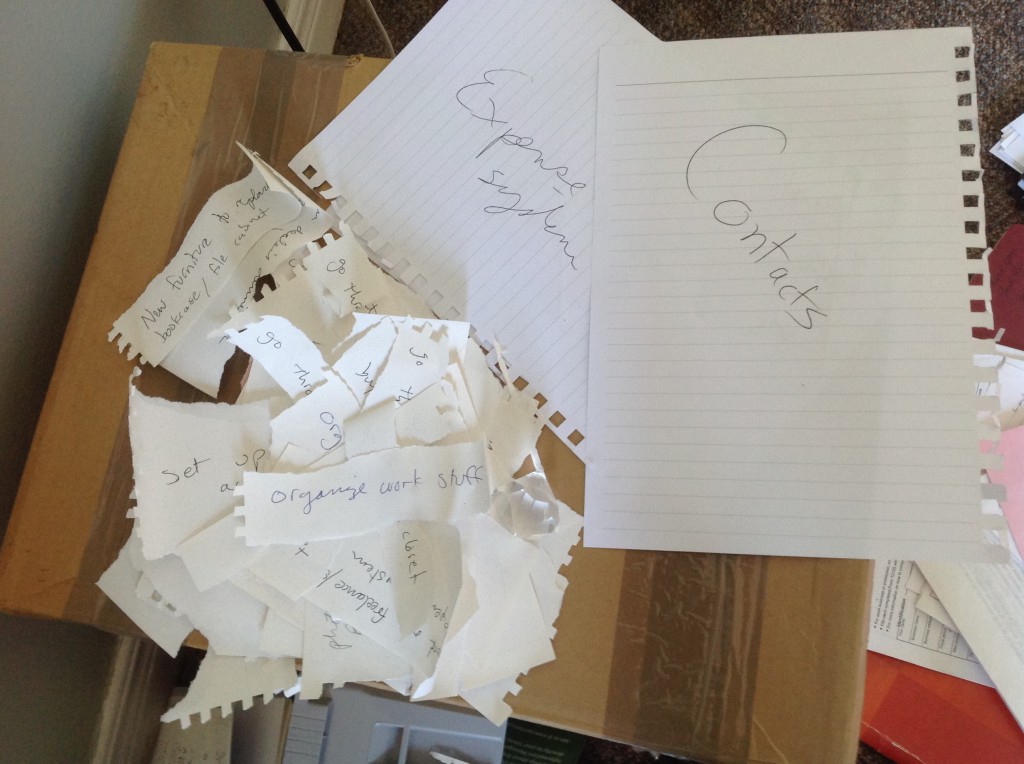 The starting point- writing everything down and assembling it in one place.

About a week later I had a formidable pile of stuff to be processed. 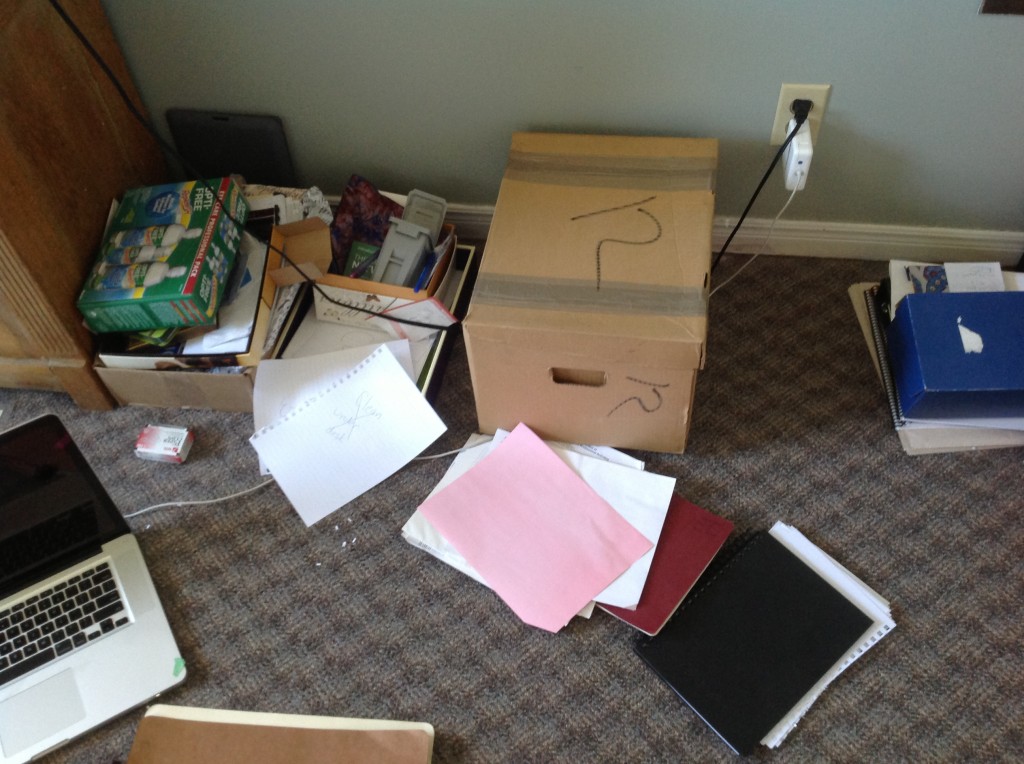 A more accurate picture of the “to-do” pile. As you can see my pile of stuff expanded well beyond the borders of my in-box.

Stay tuned for next week’s installment Getting Organized: Dealing with Curveballs.