We departed early on the last day for our many-legged journey to Quito. First we boarded the pangas and arrived on Santa Cruz Island where we boarded a bus to drive us across the island to another boat. The bus departed from one of the towns and I enjoyed watching the signs of civilization flash by. After clearing the town, we continued to ascend to an elevation of about 400-500 meters. I was amazed at how dramatically the landscape changed in such a short period of time. The air was misty and humid. Tall trees grew along the edge of the road covered in large patches of moss and epiphytes. 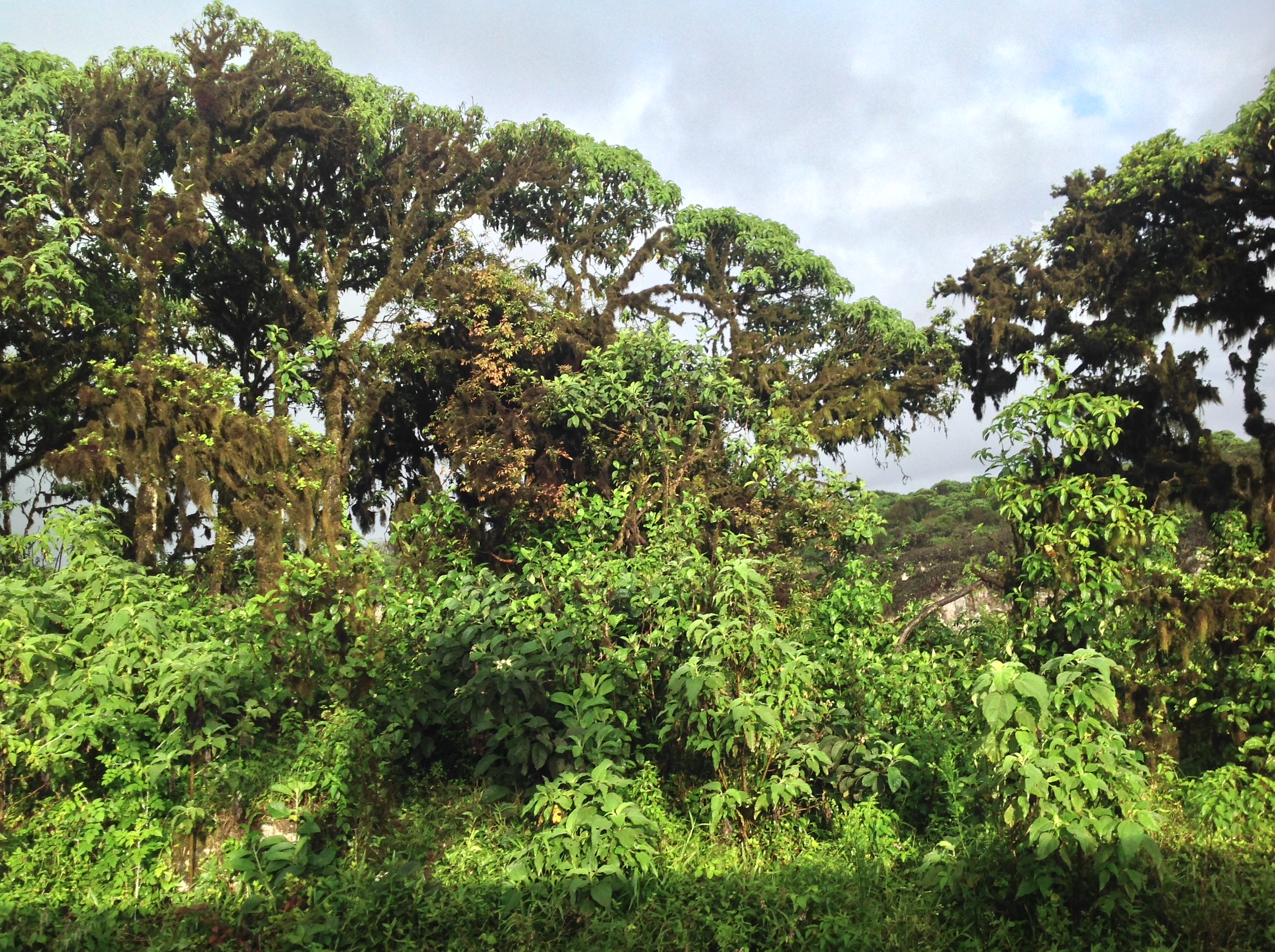 As the elevation increased, the scenery changed from arid to lush.

We ended up in an ecosystem, unique to the island of Santa Cruz, called the Scalesia Forest. 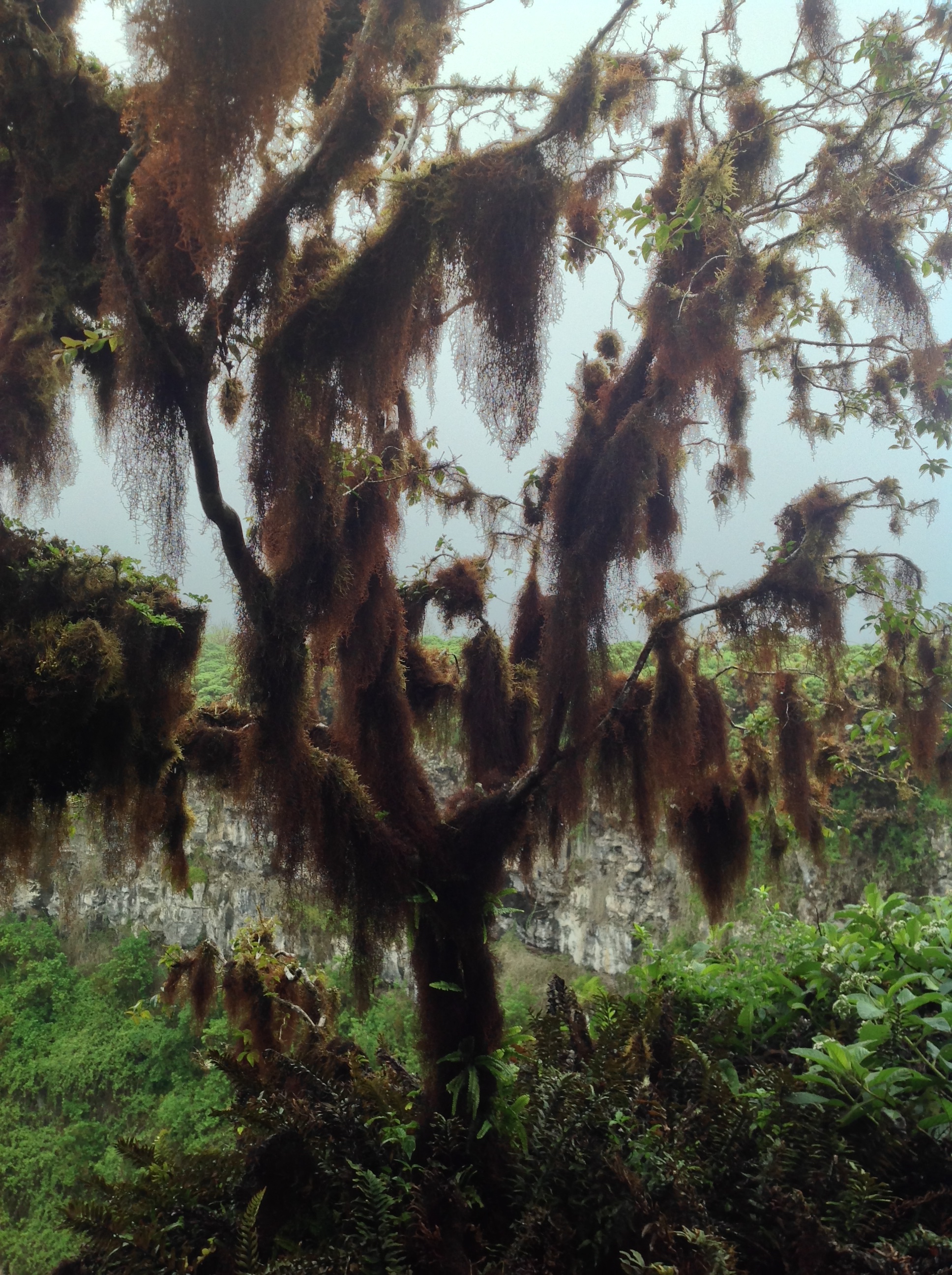 Scalesia Tree with moss growing on it.

The time here was short, but it was amazing to be an area so lush and damp compared with the other terrains we had experienced, most of which had been dry, dusty and covered in hardened, black lava. 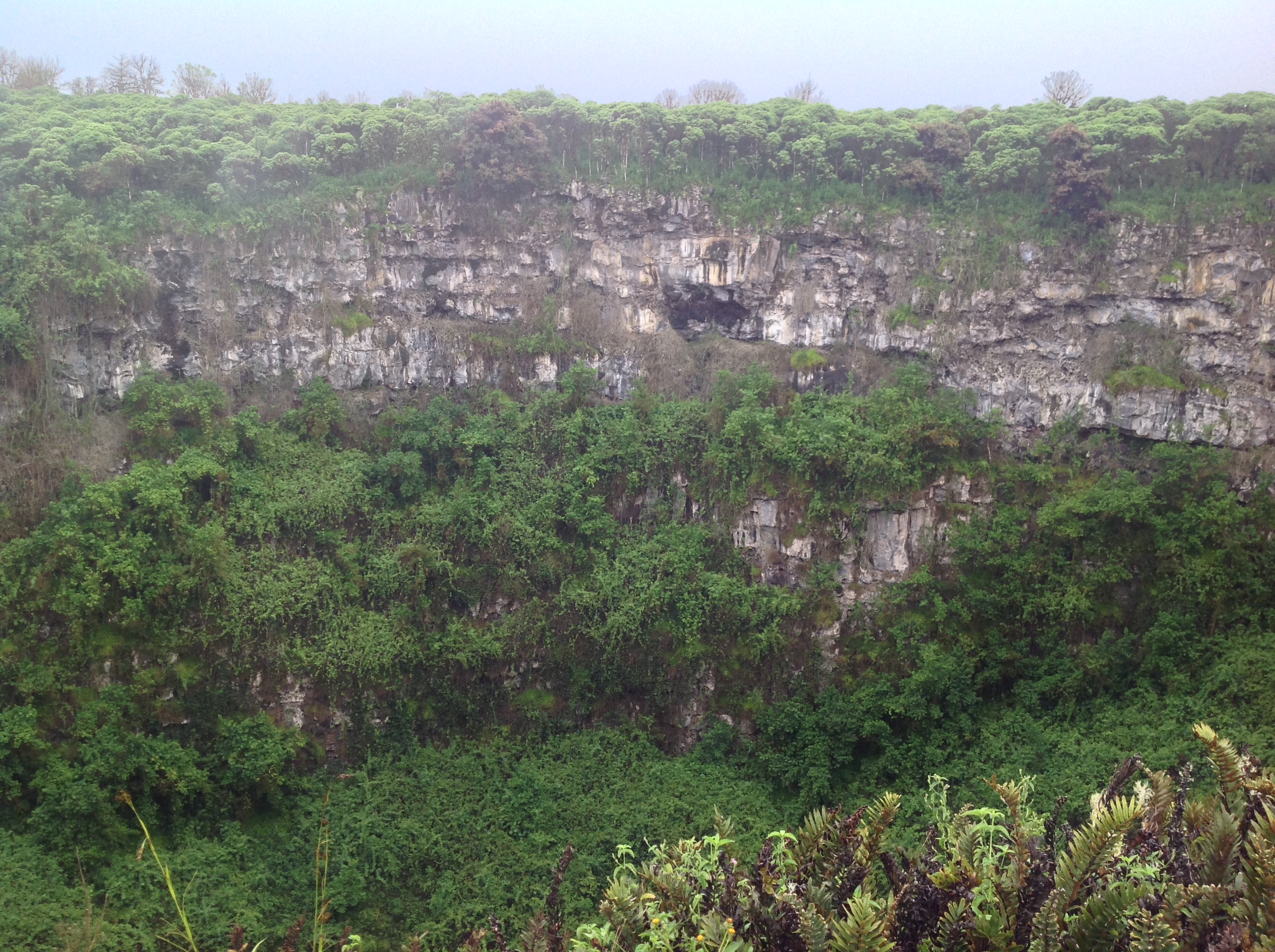 A basin in the Scalesia Forest.

We returned to the bus and descended to the other side of the island where a boat was waiting to take us to the airport. My mind buzzed trying to process how many new things we had seen, experienced, and discovered in this magical archipelago. The variety and diversity and uniqueness of each island, or even each area on one island, were a constant source of fascination for me.

I knew our time was coming to an end, but even on the 10 minute boat ride to Baltra Island we saw skipjack tuna, pelicans, diving Blue-footed Boobies, and even a few white-tipped reef sharks cruising past us. I wanted to soak up as much as I could in our remaining moments. Too soon we arrived at the airport and got our first flash of reality as we raced through the terminal for 30 minutes of retail therapy to buy souvenirs before leaving.

We arrived in Quito that afternoon for our final night in Ecuador and prepared ourselves for one last day of adventures.