My father’s collection of Faulkner books was one of the first things I moved into my new apartment.  I moved the small box over by hand and placed it carefully on an empty shelf.

My BA in literature was non-conventional and didn’t cover a lot of “dead, white men” authors.  Over the years I filled in some of the gaps, but I never got around to Faulkner while my father was alive.  Afterwards the guilt I felt interfered and I could never commit to reading them.  The last time I was at my mother’s house, I carefully packed up Dad’s collection, which had now survived multiple purging sessions, into a small box labeled “Dad Faulkner + Herman Hesse”.  I placed it in a pile of boxes destined for Toronto. 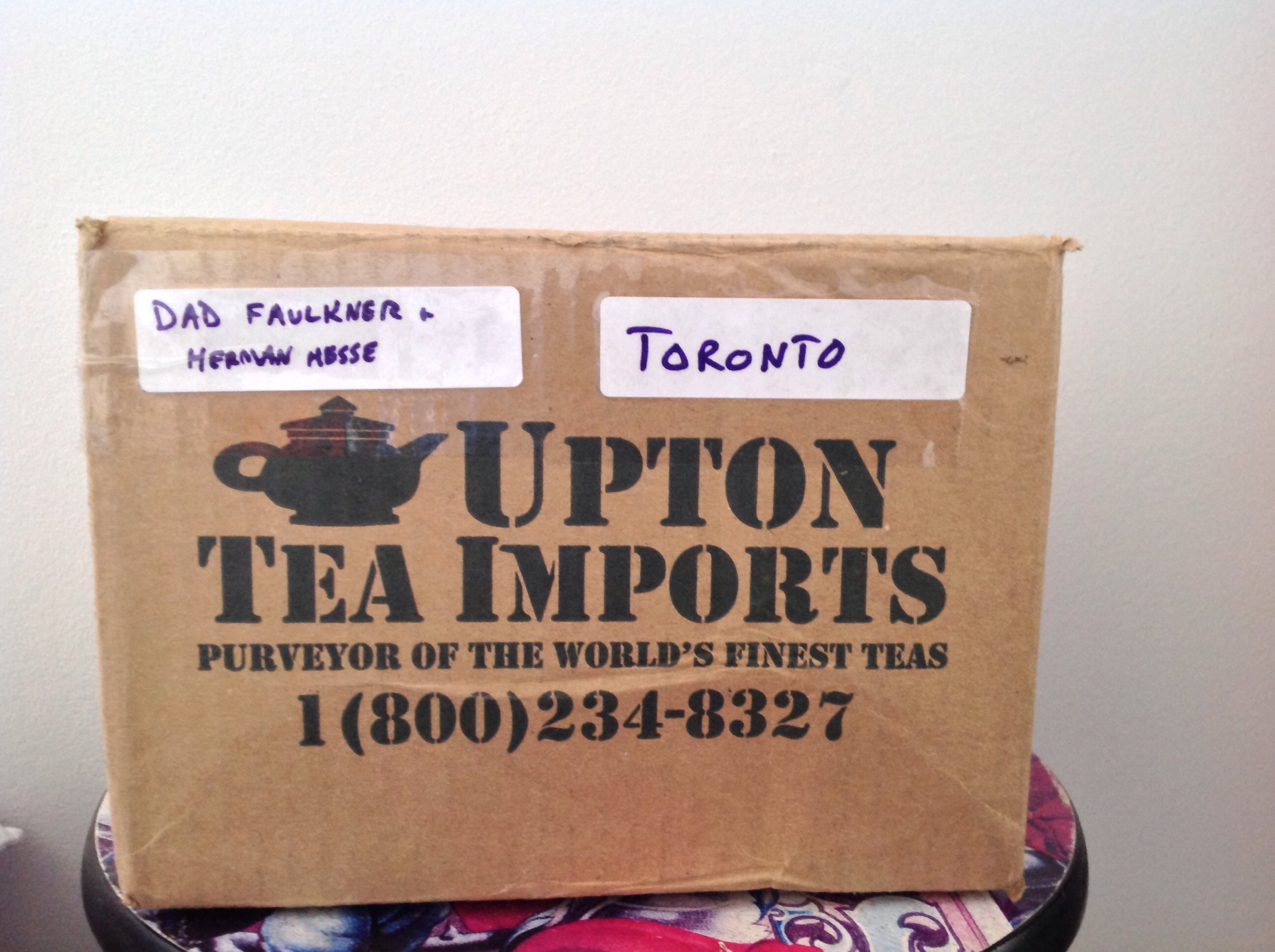 Now I feel lucky about the opportunity to discover a posthumous connection with my father, as though our relationship can continue to develop even after his death over 12 years ago.  If I’m really lucky, I might find notes or marginalia, valuable insights about what he was thinking when reading the books.  However, my father and I were always in agreement about keeping books pristine.  We never wrote in books, folded page corners, or highlighted passages.  My father even got annoyed at me for selling back my text books at the end of a semester.  He firmly believed you should hang onto your books as a way to preserve acquired knowledge.

I wonder what he would think about the new ways we think about gaining and maintaining knowledge.  And how some people read books electronically, like his daughter.  I wonder if I would have had the same opportunity if my father’s collection had been digital.  How would I know the Faulkners had been his favorites?  Would I have to rely on a list of stats indicating how many times he had read something, provided I could even access the digital collection?

With the print versions, I can learn about my father from the things he left behind and the condition they’re in.  Things like worn pages and those containing stains or creases, all offer clues as to which passages were re-read or mused over while eating something.  Well-loved items are typically either completely worn out or in pristine condition and visible.

Do we miss out by going digital? 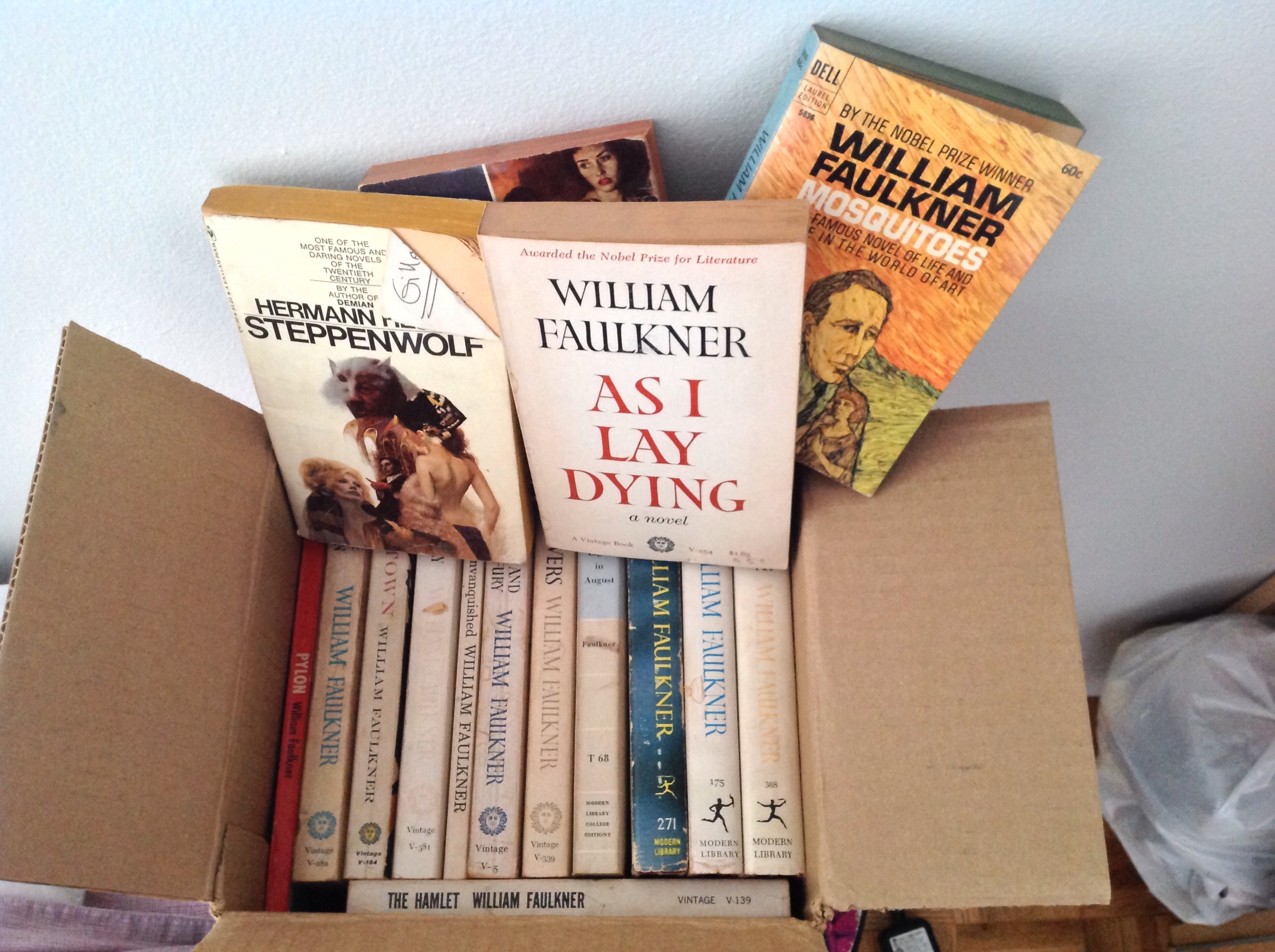 Excited to tuck into the collection.