Linkedin
My father raised me right.  Among other things he taught me how to appreciate beer. He used to tell me that on a hot day nothing quite quenched thirst like an icy, cold beer.  I’d like to add to my father’s wisdom with a few more scenarios where beer can be thirst quenching and exquisitely satisfying.
In August I went to NYC and Connecticut for a week to visit friends and family. Getting to my mother’s house from Toronto is an epic journey requiring 8 different modes of transportation and 10 separate legs:
As I approached leg #9 I spied the bar cart. Saved! 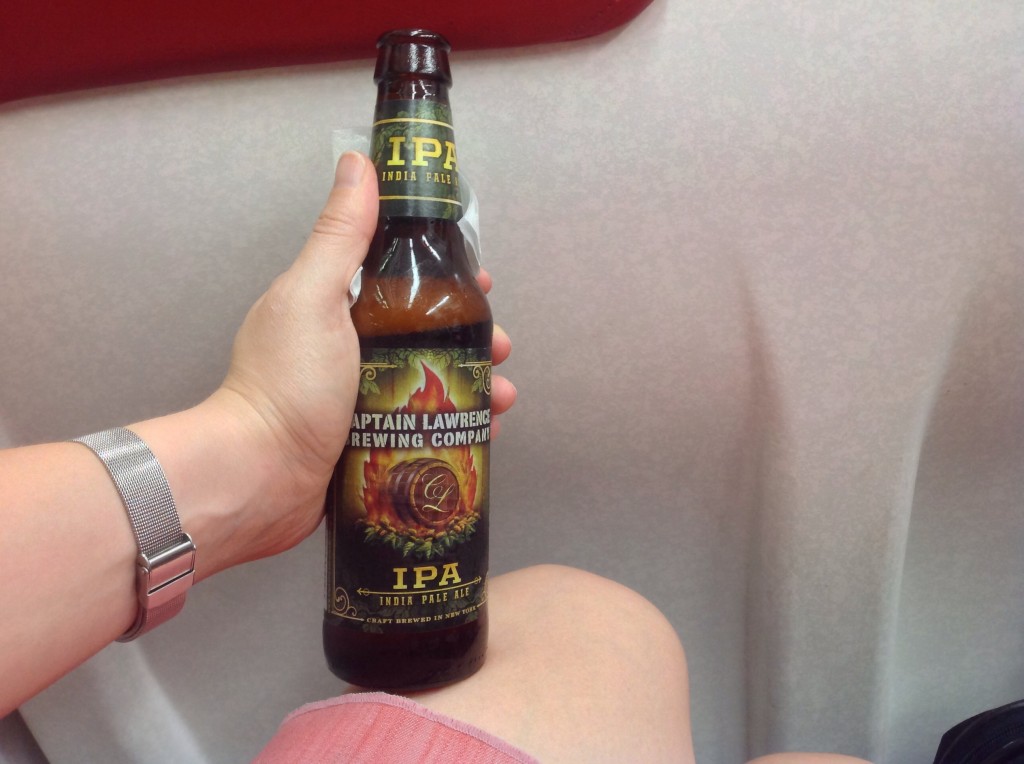 First thirst quencher was sucked down at the tail end of a long day of travel.

Some travel could be reduced by taking cabs, or by taking a direct shuttle from Newark Airport to Grand Central Station.  It wasn’t possible this time.
A couple days later I headed to my friends’ beach house on Fire Island via NYC.  It happened in this order:
Along the way I ran errands between legs 2 & 3 and between legs 3 & 4.  I reached Penn Station loaded with fresh bagels, wine, beer, chocolate and a jar of homemade pesto.  Only the heavy stuff.  The voyage to Fire Island was during the Friday afternoon rush hour bustle.  If you’ve never had the distinct pleasure of being in NYC during rush hour it can only be described as organized chaos! You have to know where to go. All movements are carefully orchestrated.
I lucked out at the bar cart before boarding the LIRR with a tasty can of The Crisp, by a very good local brewer called Six Point. Totally hit the spot and gave me a nice memory of Dad. Double win. 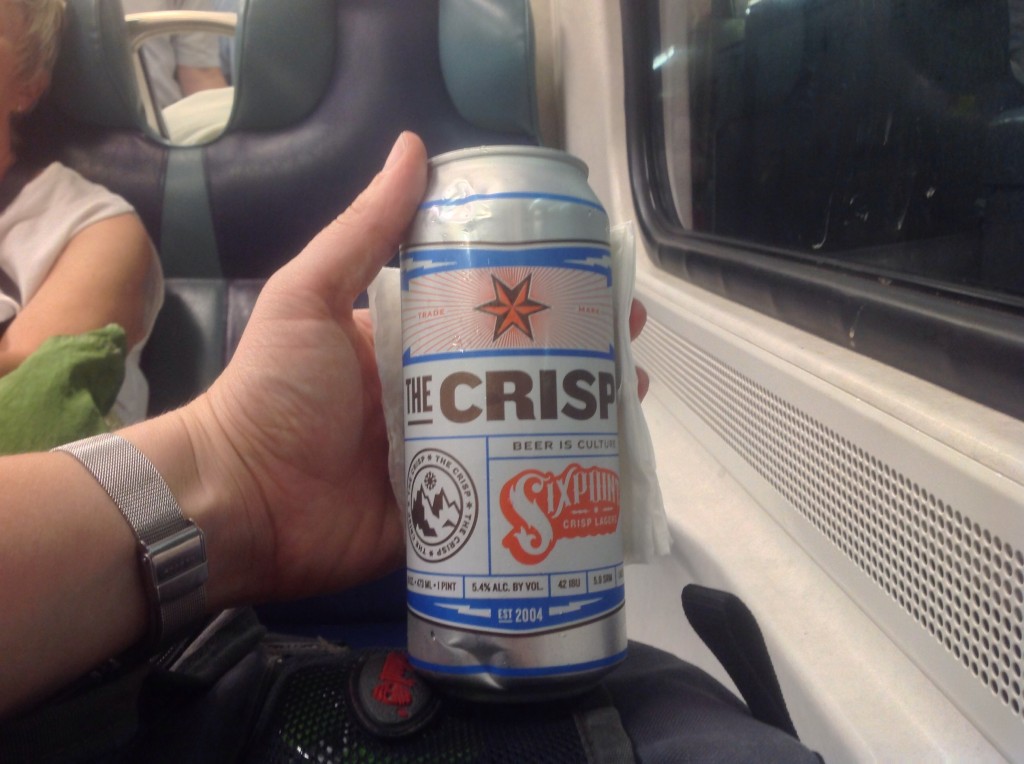 Getting into beach mode after hours of moving fast.

And finally, the best and most thirst quenching beer of the whole voyage.  Also gave me a chance to work on those weird tan lines with my summer toes! 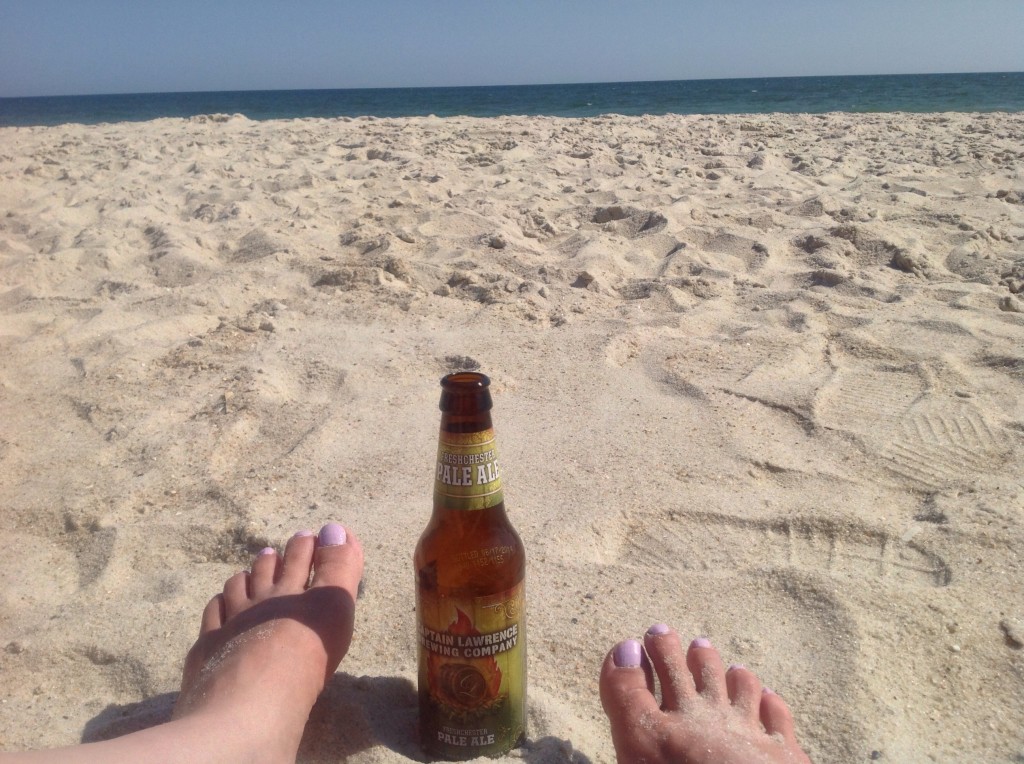 For all the conveniences and comforts technology offers us, you still have to put in the hours to get somewhere.  At least for now…but fortunately opportunities for cold beer exist along the way.