Our first full day in the Galapagos Islands commenced with a walk across an expanse of hardened lava ~115 years old on Santiago Island’s eastern shore.  Although it’s hard to imagine, this is how the islands started in this archipelago.  Every view offered artistic swirls, designs, and shapes; kind of like being in a nature art gallery. Some parts were shiny and smooth like glass. 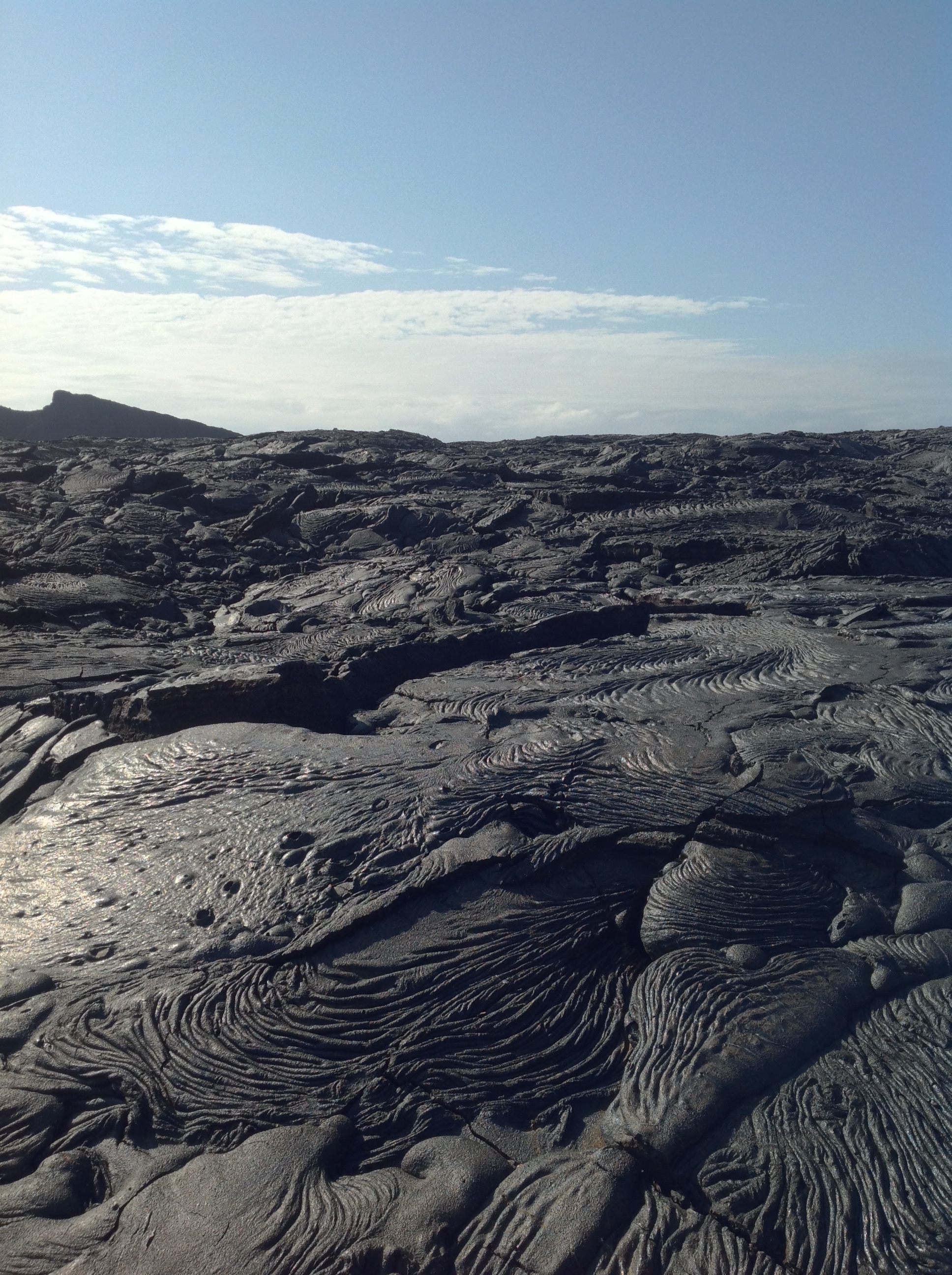 An expanse of hardened black lava. It was like walking across natural sculptures, different patterns and artistic swirls in every direction.

Initially it appeared barren and lifeless, but after a while we started to notice the first hints of life.  Pioneer plants squeaked through the cracks, mainly cactus and some kind of grass.  We spotted our first Lava Lizard, also an early life form for this terrain.

We returned to the boat and suited up for our first snorkeling excursion. It was great to cool off after standing around on all the hot, black lava. We were greeted by a frisky sea lion that wanted to play, lots of beautiful fish and interesting underwater formations.

In the afternoon we cruised around Bartolome Island in the pangas to see the wildlife.  We spotted our first Blue-footed Booby and two Galapagos Penguins.  One posed on the rocks sunning himself as we all clamored to take pictures. 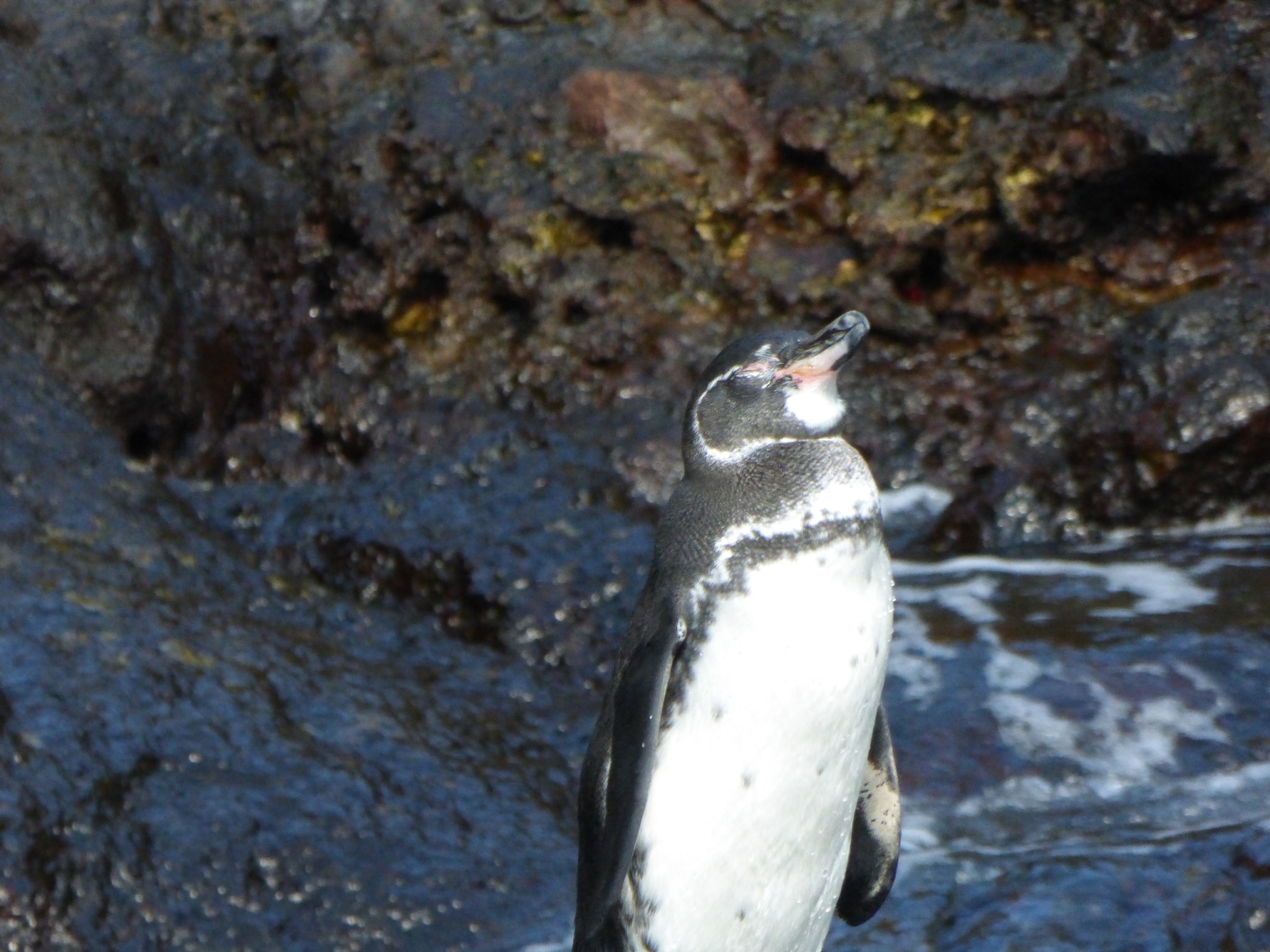 Our first Galapagos Penguin sighting. This is a mature adult, enjoying the sun as we all scrambled like crazy in the pangas to take pictures. My brother actually took this one.

A short distance away we spotted a juvenile penguin perched on a rock. He got hot while we were there and jumped into the ocean for a swim.  We passed another beach used by sea turtles for nesting with the telltale tracks of their flippers, kind of like a sand dune buggy, across the sand. 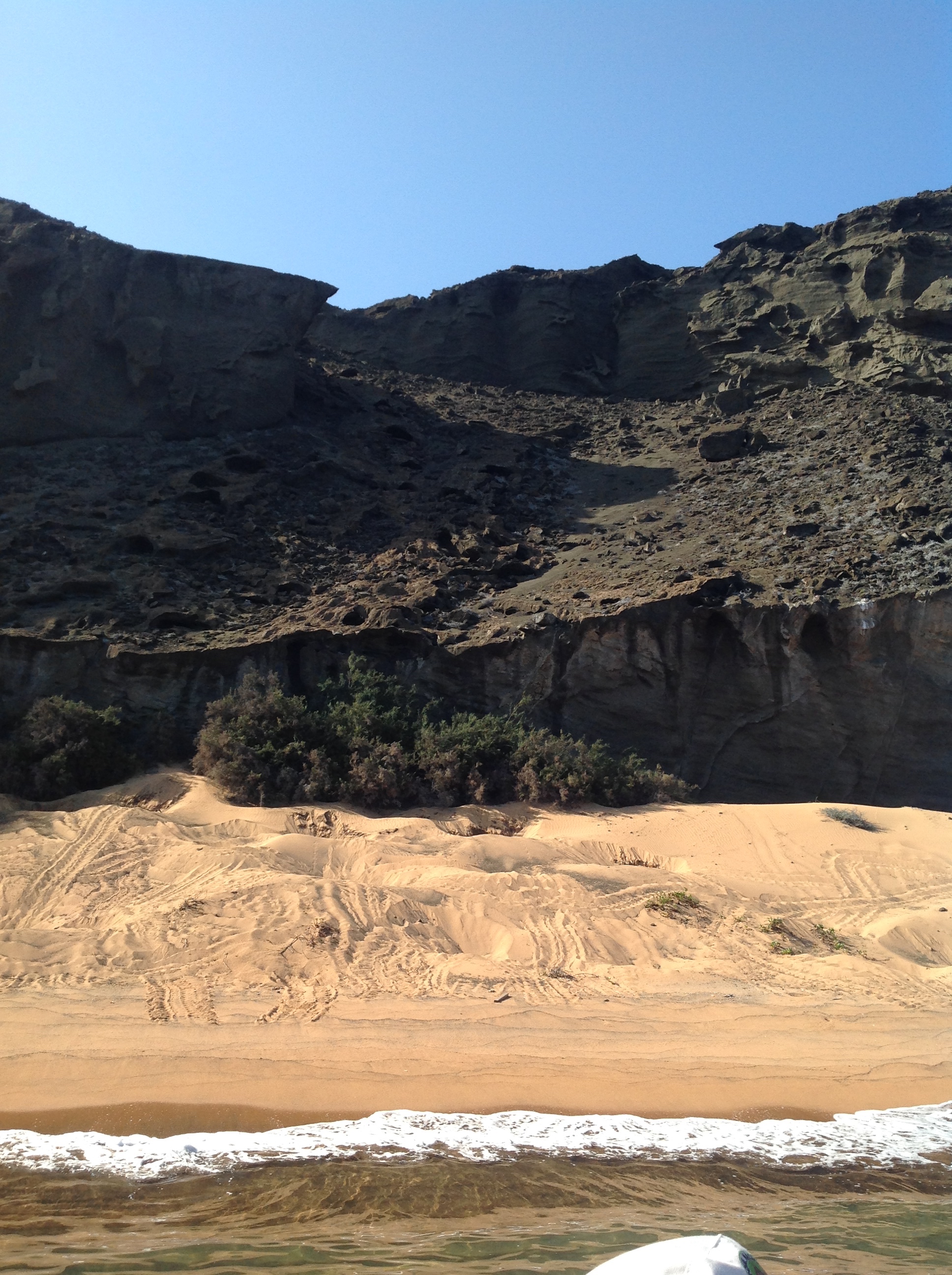 The telltale marks of the sea turtle nesting sites. We were advised not to walk anywhere near them because the eggs can be crushed.

After the cruise, we landed on terrain that differed drastically from the morning’s lava field.  It was like travelling from the moon to mars.  Expanses of reddish-colored rock spread out in every direction. It looked almost as desolate as the morning landscape, but this formation was older and evidence of life was everywhere.  We saw more cacti, Lava Lizards, Galapagos Painted Locusts, and some other pioneer plants dotted across the landscape. And of course the amazing views. 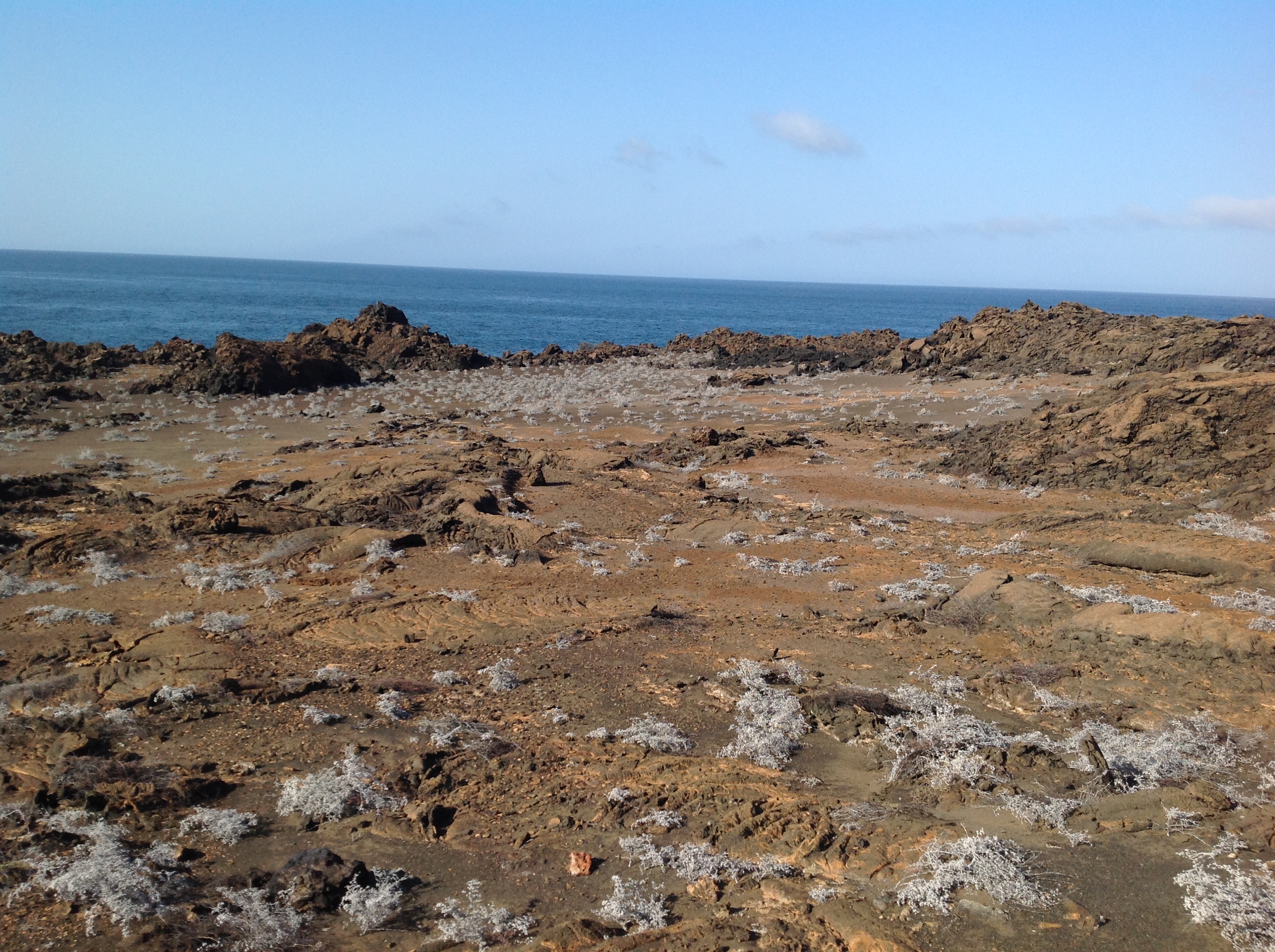 Expanses of reddish colored soil and scrubby plants extended in every direction. We climbed over 300 stairs to reach the viewpoint at the top.

We left the island just as the mosquitos came out and returned to the boat to get ready for an overnight voyage to Genovese Island, home of the Red-footed Boobies.