We left Stykkisholmur early in the morning and headed to our first stop, Eiríksstaðir, a Viking Long House. This was the type of house originally built by Vikings when they first came to Iceland. From the outside, it looks like part of the landscape, a grassy, hill-like structure with a sturdy wooden door in the front. Stepping inside, I was surprised by the high ceilings, the cozy feel of the interior and the lack of windows. A woman of Viking descent gave us a “tour” of the different features inside, including the types of tools that were used to survive in the early days. One surprising item she showed us was a sheep’s jawbone. None of us guessed that it was a toy her grandfather played with as a child. 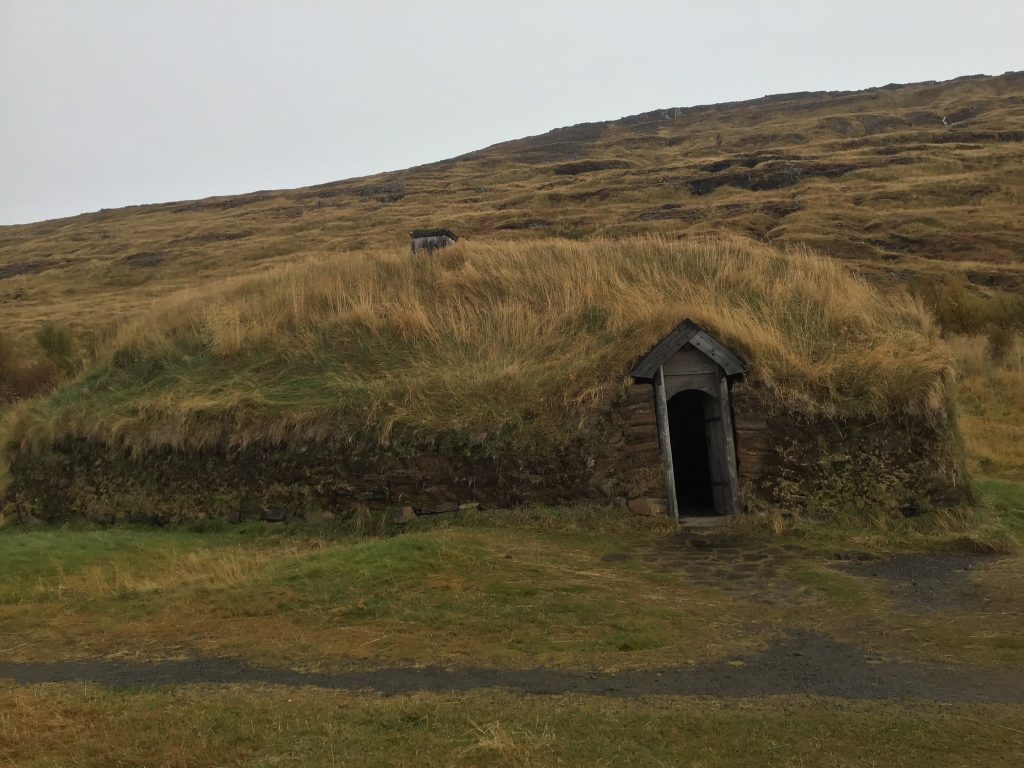 We emerged from the Long House and enjoyed the sweeping, peaceful landscape surrounding it. A few sheep stuck out as bright white spots against the greens, browns and grays. Some grazed grass near the trees, or by the river in the land below. After a quick trip to the souvenir shop, we boarded the bus for our next activity, the Gauksmyri Horse Farm.

Iceland horses are special. They’re a breed of two different types of ponies and one type of horse. Among other things, they are highly prized for their natural ability to Tölt, the iconic gait of the Icelandic horses. We ate a delicious buffet lunch complete with plates of horse meat before watching a demonstration of the five gaits and visiting the horses in the stables. 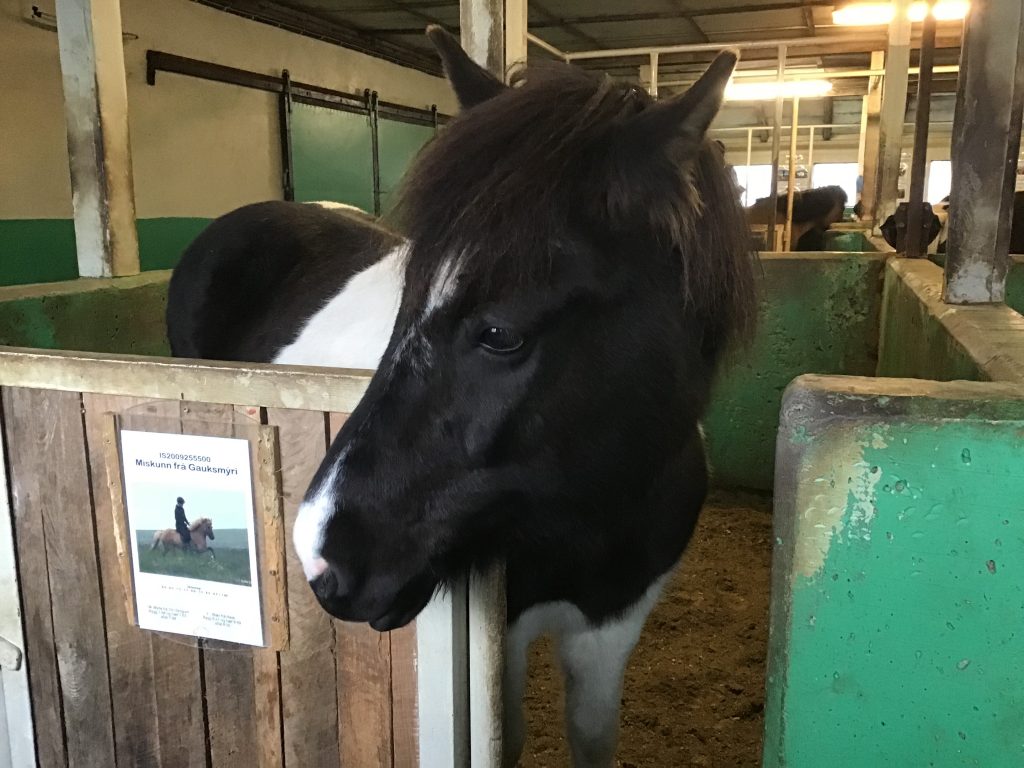 Although we saw many, many waterfalls during our short trip in Iceland, Kolugjúfur stands out as a highlight in my mind. Kolugjúfur had three main parts of the waterfall which cascaded down into a gorge, decorated with a mosaic of mosses on either side. Standing below the falls with an extended view of the river below, felt like being in the pages of a fantasy novel. In the distance, snow-capped mountains extended underneath a mottling of gray clouds. 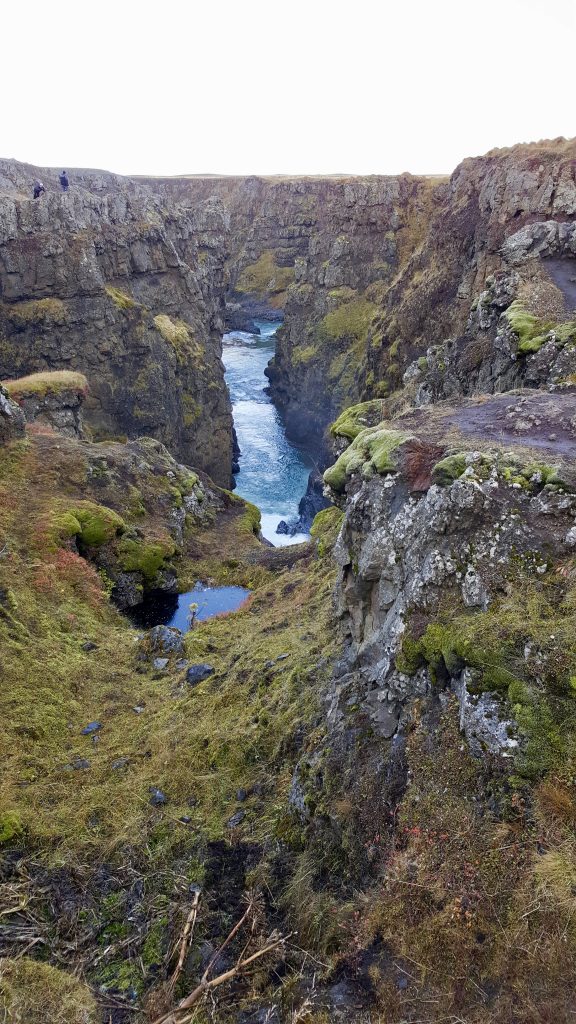 I reluctantly boarded the bus, sad to leave this magical place. An hour or so later we were nearing Akureyri, our landing spot for the next 3 nights, in the northern part of the island. We encountered a snow storm on the way making some impressive patterns in the lava peaks at one of the viewing spots we stopped at. 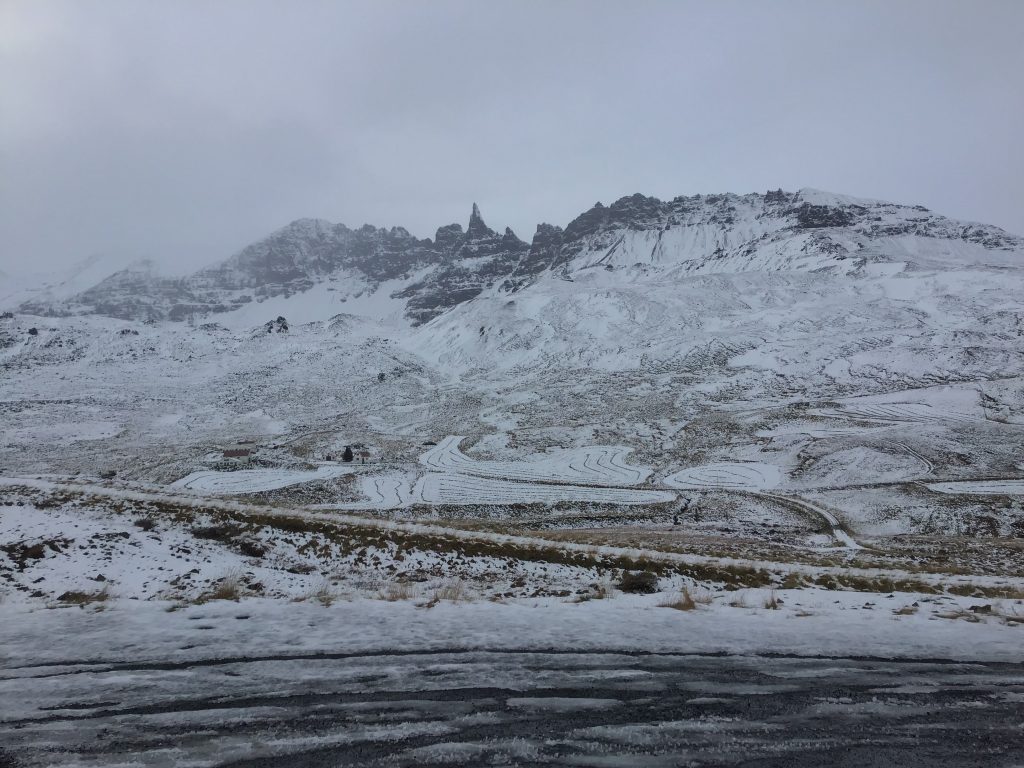 2 comments for “Iceland: From Vikings to Horses to Lava Peaks”