Usually when somebody mentions vampires, people picture an undead bloodsucking creature, who can’t be exposed to sunlight.  I’m talking about real vampires, not the ones from Stephenie Meyer’s Twilight series who sparkle in sunlight and survive by sucking the blood out of animals.   Something more like this: 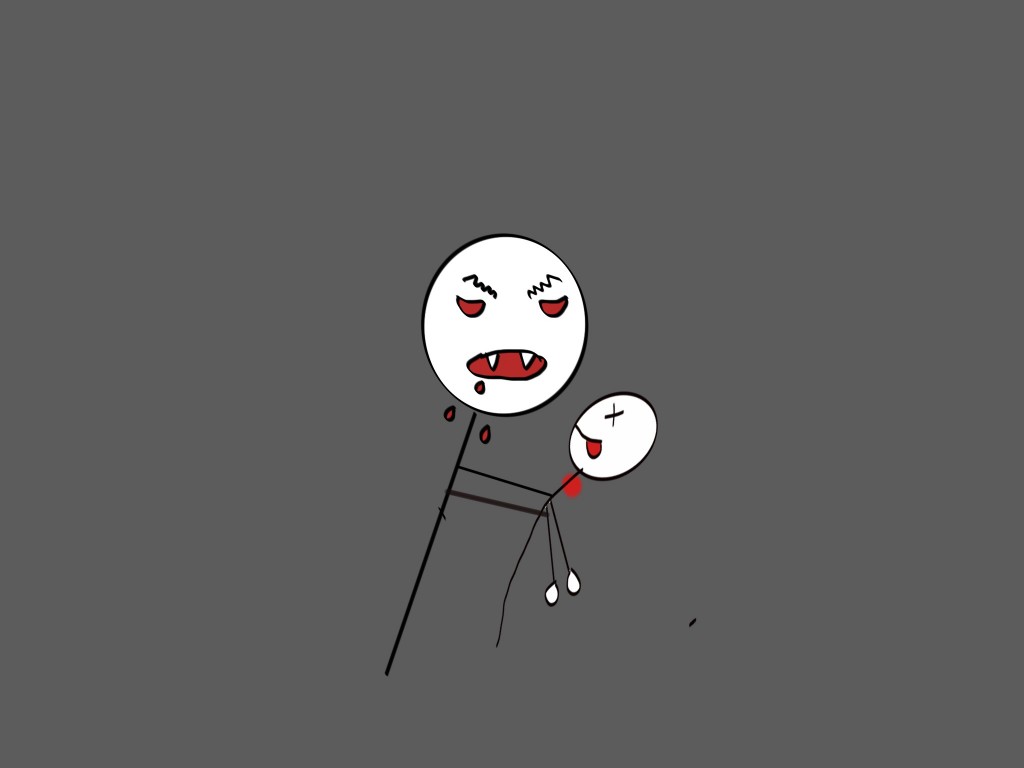 Real vampire. This one will burn in sunlight, NOT sparkle.

When I think of modern day vampires, my definition includes anybody with whom I have an interaction that leaves me feeling drained, tired, or lifeless.  This includes electronic interactions. Social media has given rise to a whole new subspecies of vampires, the digital bloodsuckers. Social vamps subsist on the social media life force.  And thanks to mobile devices, it can happen anytime, anywhere.

This type of vampire lives for doing silly, reckless actions that can later be posted onto any number of social media sites with the ubiquitous #yolo.  That way everybody knows it’s the kind of thing you do because well, “you only live once,” and somehow that makes it ok.

Performing the actions requires the vampire to put endless amounts of social pressure onto his peers to do something cool, zany, silly or outrageous in the hopes of getting a few likes and retweets for the post.  The kind of pressure that ends up draining people because deep down it’s really about trying to connect with other humans, rather than getting noticed for doing something outrageous. 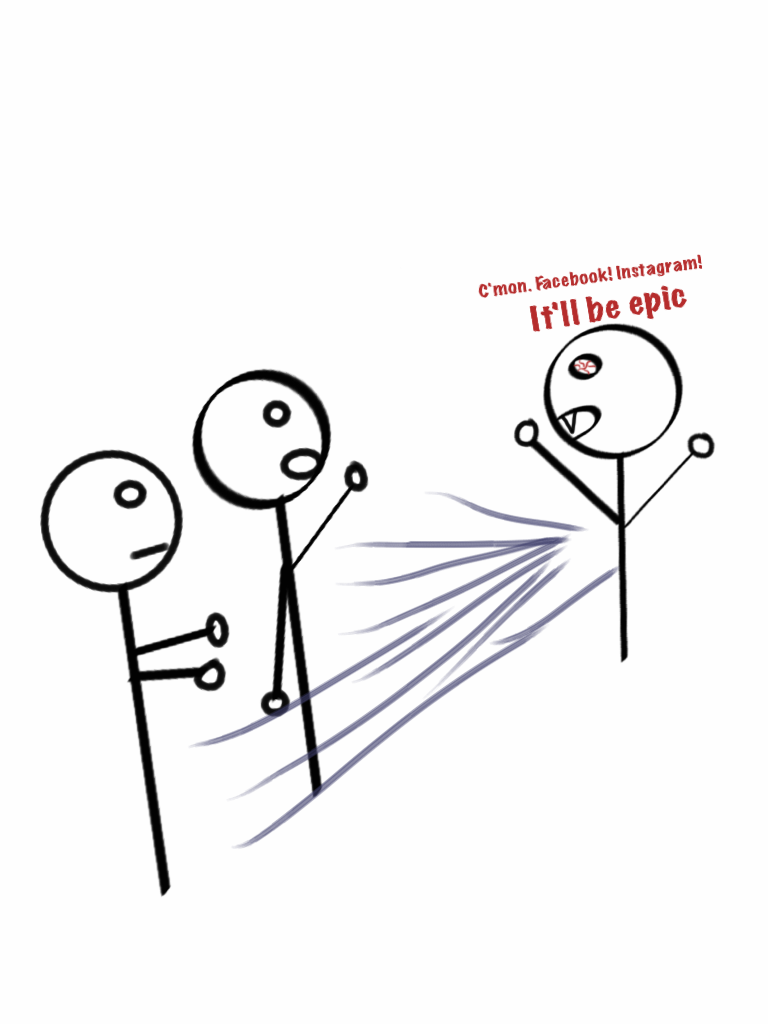 Give me your energy!

This vamp sits around every night trolling various social media outlets (Facebook, Twitter, Google+) just to make sure he’s not missing out on anything cool posted by his connections. Consequently, because so much of his time is spent reading about other people instead of actually living, he makes asinine posts that clog up other people’s feeds.  Postings about how good almonds are, the weird cornflake shaped like Jesus, and his various mood swings.

The reach of the #FOMO Vampire might not be via a personal, human interaction, but it’s still about feeding off of your energy. 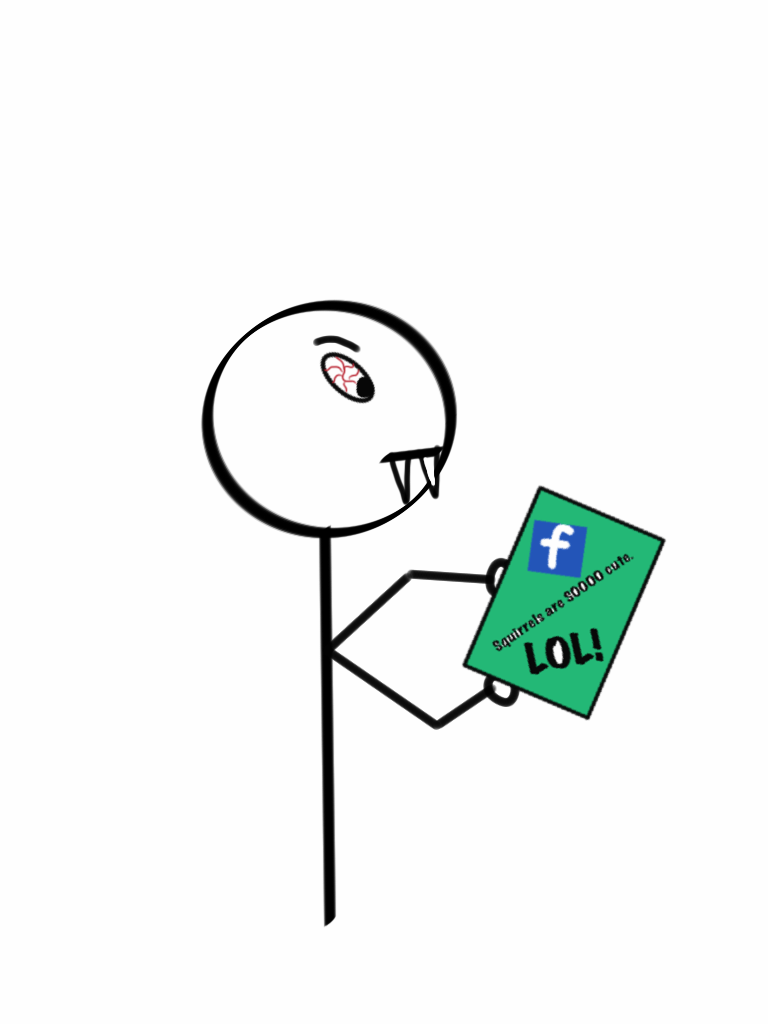 Sucking your life force, one bad post at a time.

Do you encounter vampires in your social media interactions?  Cast your vote!

Note: The drawings are part of The Anger Management Deck.  To find out more about this unique product click here.  You can also check out my first Flex Slider!

*FOMO = Fear Of Missing Out