September is a month of transition. We kiss good-bye to the long, lazy days of summer. As we return to work, or school, refreshed from vacations, the pace speeds up in an endless quest to get things done and feel productive. With so much going on, coupled with days getting shorter and more inclement weather, time counts more than ever.

I think we’re probably all guilty of wasting time with distracting things on our phones, but organizing your phone apps is a quick way to recoup some of that lost time. Make it easy to find and access the apps you rely on most. You might only be saving a few seconds, but considering that many of us touch our phones hundreds of times a day, those few seconds can really add up.

Here are some easy, quick steps to make your phone apps work for you.

If you accidentally remove a shortcut causing the app to disappear from your screen, you can easily restore it by going to your apps folder. 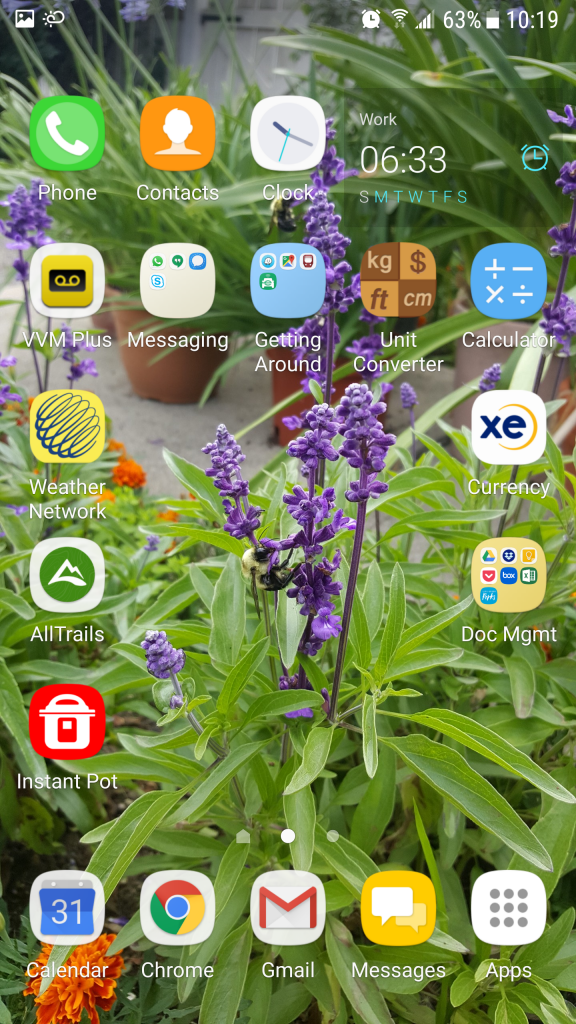 My most heavily used apps (calendar, internet, gmail, and messages) remain static on every screen. Some apps are grouped together for easy retrieval. I arrange my apps around the borders to get a better view of my wallpaper.