After our exciting morning on Urbina Bay and dolphin wrangling, we spent the afternoon in the Elizabeth Bay Mangroves. I’ve had the opportunity to experience mangroves in a number of different places and I’m always struck by the similar qualities between them. Quiet and still.  Peaceful and serene.  Something almost mystical surrounding the tangles of branches dipping low into the brackish waters.

We drifted slowly through the mangroves, paddling in some areas because the terrain was too delicate for a boat motor to power through. Hidden in the snarls of branches we spied the telltale brown fur of a sea lion, tucked away having a nap. Looking down over the side of the panga we could see turtles cruising through the clear waters and lots of fish swimming around. 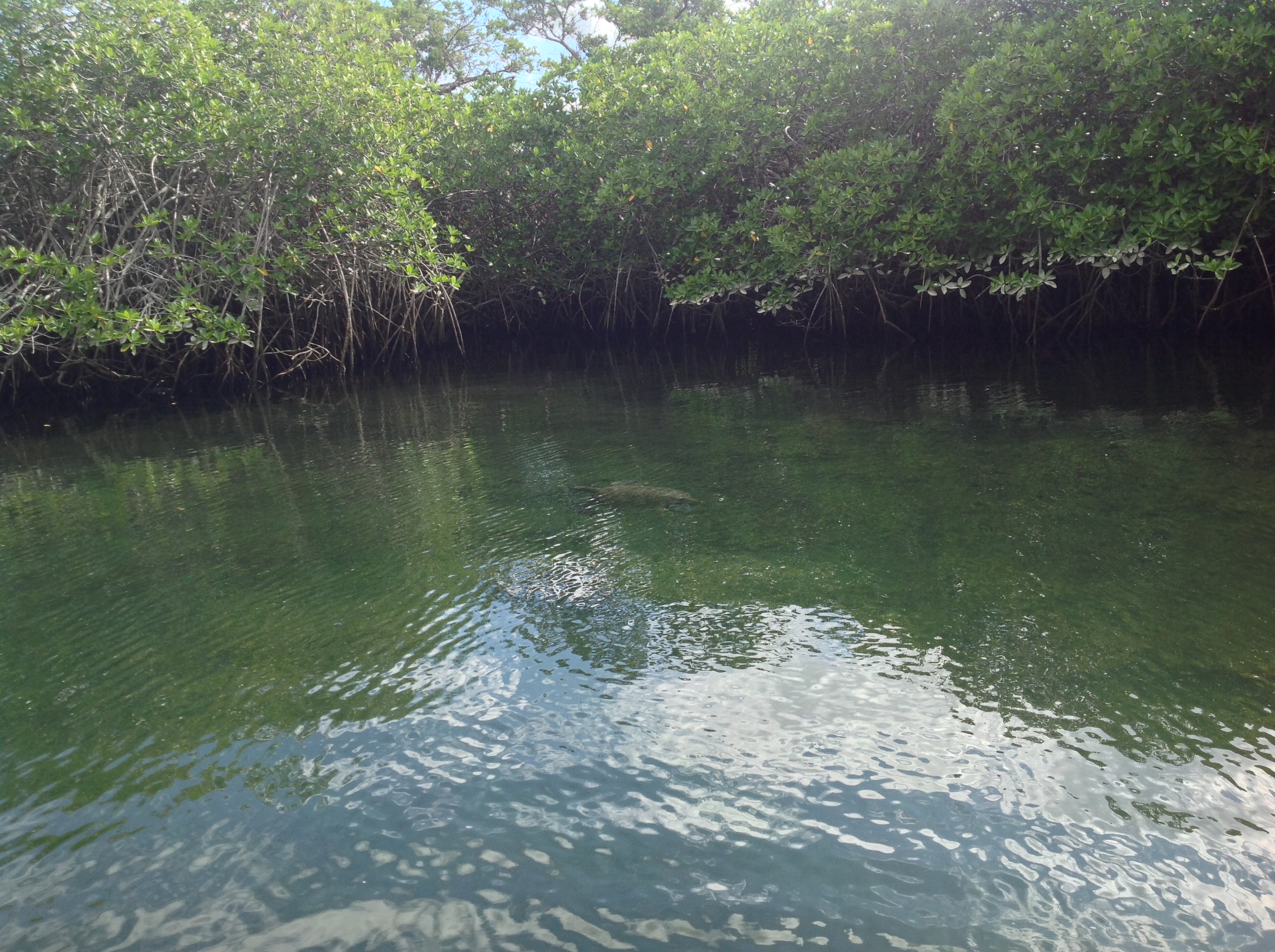 A sea turtle swimming lazily in the Elizabeth Bay Mangroves.

A small cluster of penguins swam by. They almost looked like ducks swimming above the surface, except for the distinctive black-and-white markings. We also saw a penguin or two hanging out on the lava-crusted shoreline. It was pretty awesome to see penguins, cormorants, turtles, Blue-footed Boobies, and sea lions all in one area. I always associate penguins with Antarctica, cold, and ice so seeing them in such a warm climate threw me off, but in a delightful way. 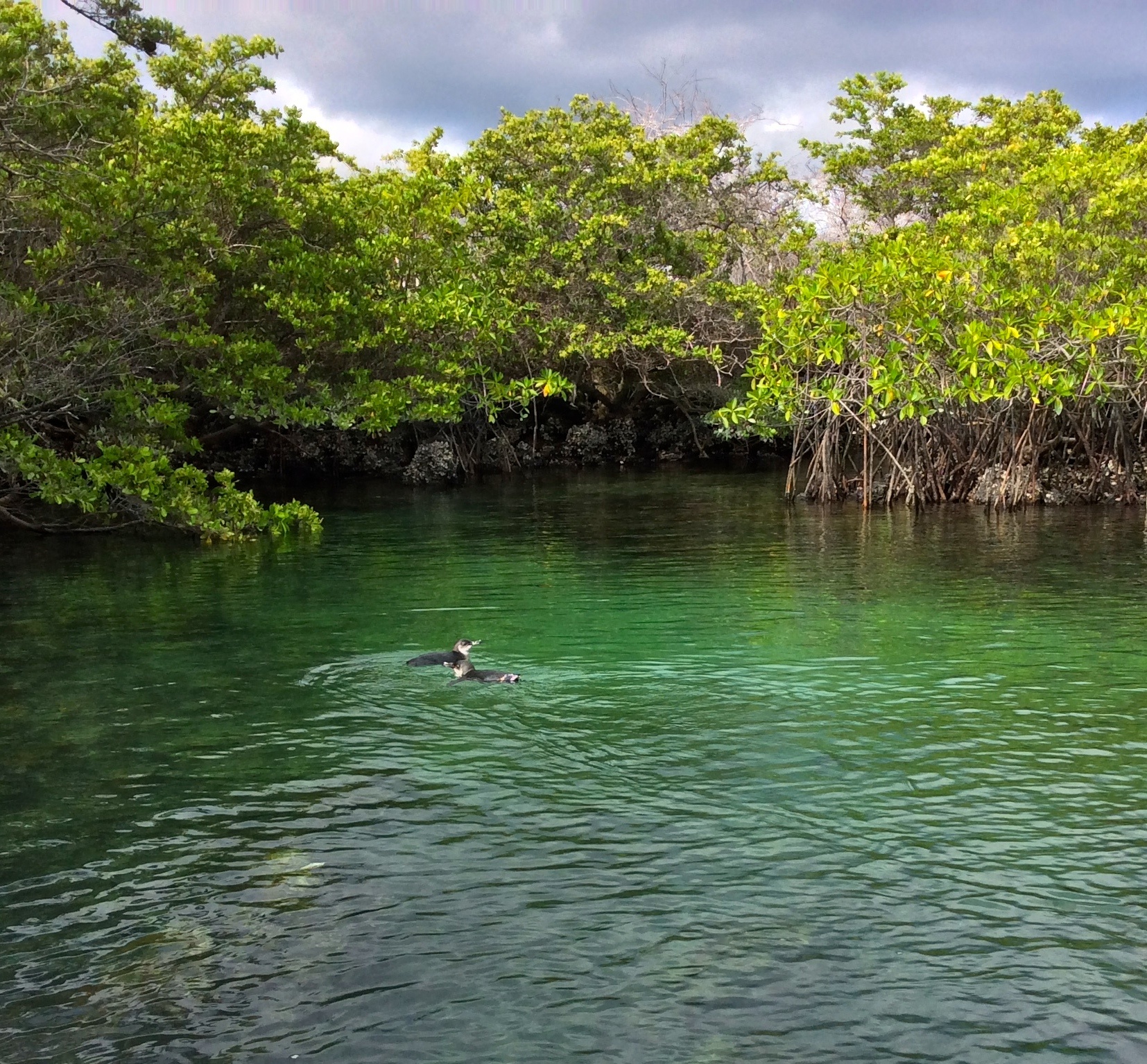 A couple of penguins swimming around in the mangroves.

As we were departing, we watched a live nature documentary happening right in front of us. A flightless cormorant had found an octopus and was trying to eat it. 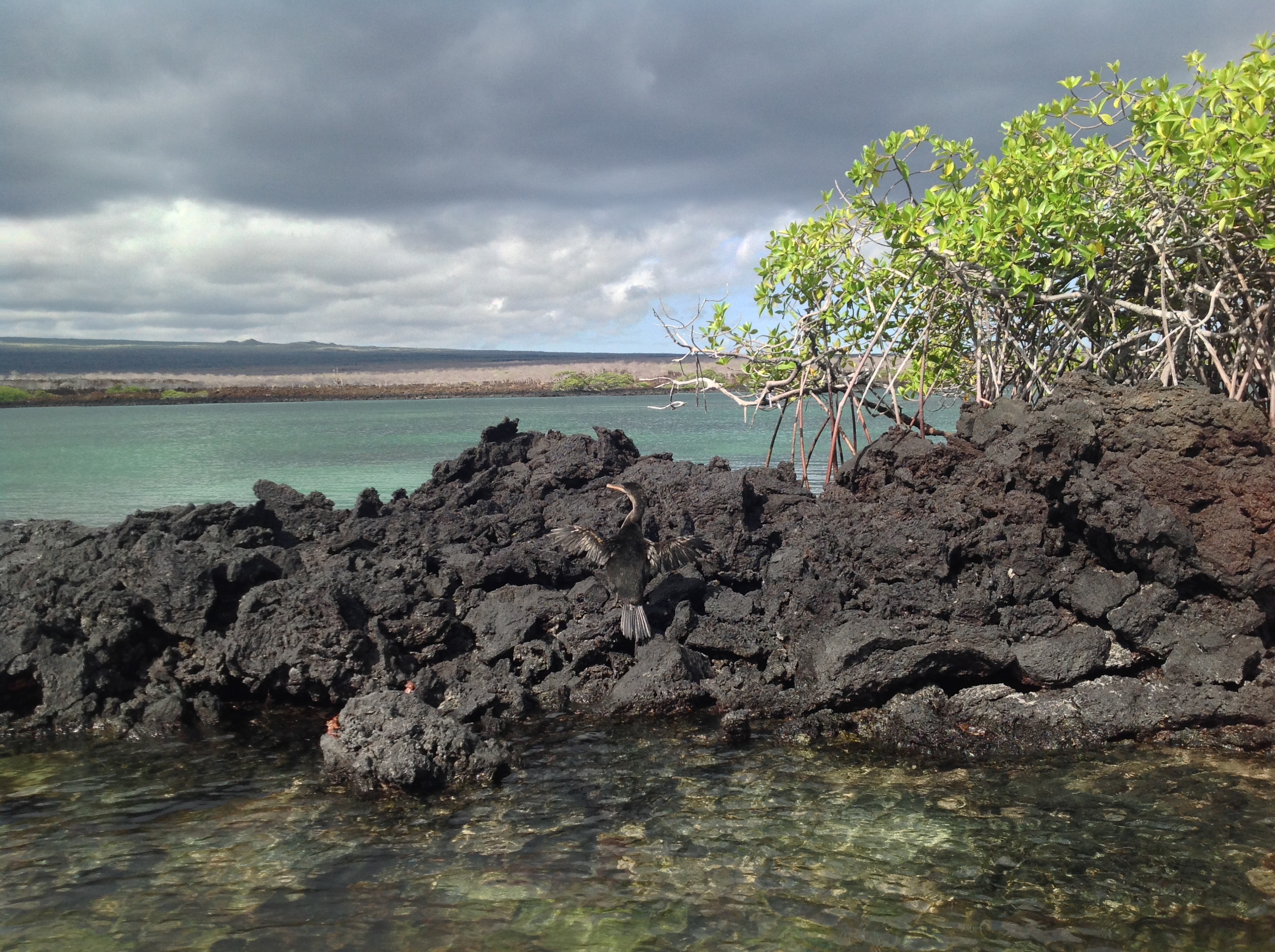 A flightless cormorant sunning its wings in the mangroves.

The cormorant must toss the octopus up and catch it in its mouth with the soft part first, tentacles straight up in order to eat. Otherwise, as we saw, the octopus fights back and wraps its tentacles all over the cormorant’s face. 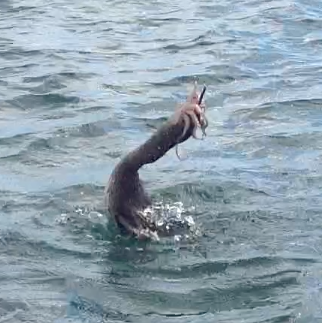 It was pretty amazing, like watching two nature super-heroes battle it out. The two animals wrestled together for a few rounds before the cormorant triumphed and slurped the octopus down its gullet in a few swift, gulping motions.  Then he swam off like nothing had just happened.