A couple months ago I did a massive purge in my apartment. It was interesting for me to see what types of clutter I was accumulating and where it ended up in my place.  I have to confess that I was surprised at my collection of pillowcases carefully tucked away in the linen closet. Although I do get rid of things regularly as part of my never-ending quest to be a minimalist, somehow the pillowcases had been ignored for a long time.  This is how I ended up with 19 of them. 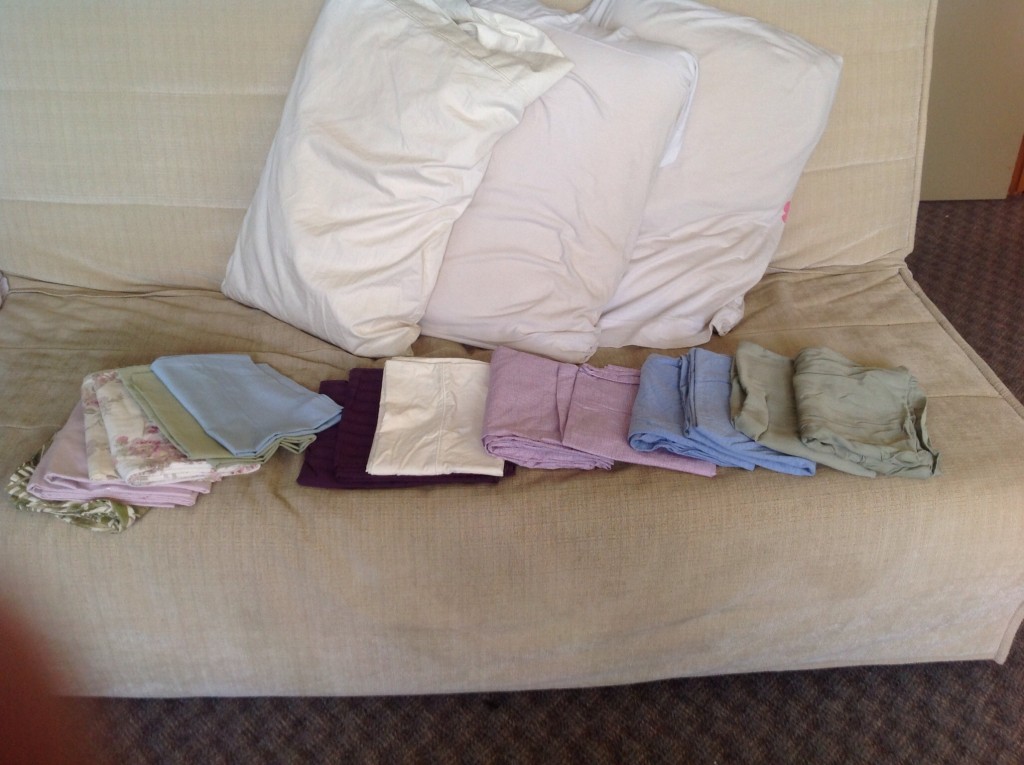 Here are some quick facts about the situation. I own 3 pillows. Two of the pillows are tempurpedic and will only fit in one pair of pillowcases. This means that I have 17 pillowcases for my one remaining normal pillow.  I do realize that this is a distinctly  first-world problem, but it made me think of the bigger implications of what was going on.

Doing a massive purge of the things in my apartment was cathartic, but I quickly realized how difficult this task would be to replicate with my digital items.  Once stuff is digital it’s a lot easier to accumulate and it often escapes detection a lot longer. And then I just don’t care as much because the end result is not always that obvious or gratifying.

When I cleaned out my apartment I could visibly see more space and less piles of clutter in the corners.  This made me feel positive and productive.  But to spend time performing the same type of cleanup with my digital items just doesn’t feel the same. Sure it’s nice to have everything look neat on my desktop and be easily retrievable, but that’s how most of my stuff is anyway.  I guess it doesn’t feel the same because the space created isn’t visible and doesn’t matter since storage is so cheap.

As for the pillowcases, I kept 6 pairs, 4 of which belonged with sheet sets, 1 special pair for the tempurpedic pillows, and 1 extra set because I liked it. The remaining 7 were all donated.

← UNCATEGORIZED
Patagonia: The Ride to the Perito Moreno Glacier →